Despite its title, 3 Elements is a slot machine with a focus on Ancient Egypt, but with early 20th century archaeology thrown in as well.

3 Elements was created by a company called Fuga Gaming Technologies and distributed via Odobo. Inside, you will discover a slot which seems to tell the story of a cute blonde archaeologist, exploring Egypt sometime early in the 20th century, and I say this mostly because of the old airplane that she uses in her adventures. You get 5 reels with 40 win lines, which can pay up to $2,500.

The design of 3 Elements is one of the least impressive things about it. Quite a few slots have been released already with the same theme, or at least with the same focus on Egypt, and which look a lot better than this one. The desert and a pyramid are shown in the background, while on the reels there is our adventurer and some of her things, plus playing cards and deities of the Ancient Egyptians.

Modifying the betting options will allow you to change how many coins are part of a line bet, how much they’re worth and how many lines should be covered by the bet. You have a maximum of 40 lines to work with, which get up to 5 coins each and they have values of up to $0.20. The line bet has a maximum value of $1, while the total is $40 in that case.

One feature symbol is the Eye of Ra, reserved for the 3rd reel. When it appears there, this symbol can swap positions with another symbol, but only if this results in a new winning combo for the other symbol.

The Amulet is a scatter symbol, which is used on the middle reels. When it appears at the same time, on the reels 2, 3 and 4, you get a bonus feature. You have to find two identical objects, by looking into chests. You get cash prizes from this feature, or a super prize if you find the amulet.

The Skull symbol is another one that 3 Elements uses, another scatter which is required to appear in 3 to 5 positions before it triggers its respins. Three types of Skulls are used during these respins, with different colors for their glow to show you which one you’re taking advantage of.

It’s a rather average Egyptian themed slot machine, and I’d have to recommend you go for one of the other titles with a similar topic, there are plenty out there which do much better. 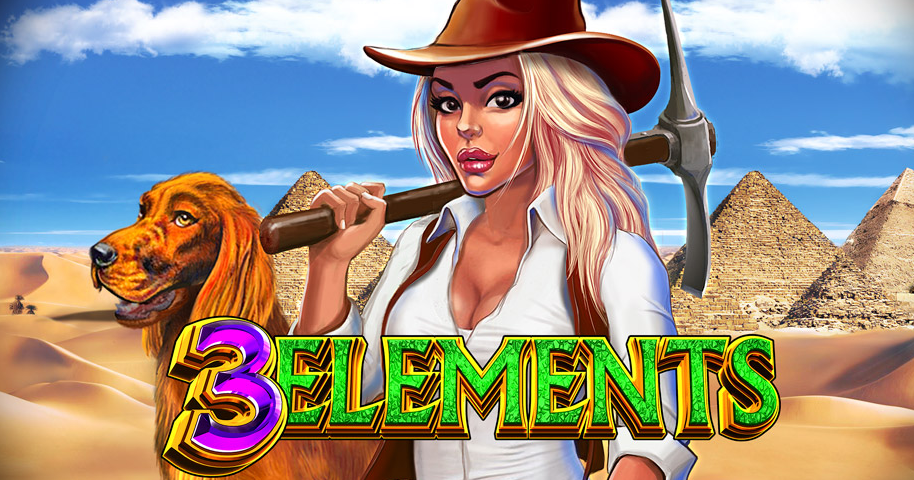