A Christmas Carol is a slot that is offered by BetSoft, and which is inspired by the novel with the same name, written by Charles Dickens.

The story revolves around an old miser, Ebenezeer Scrooge, which just doesn’t feel the spirit of Christmas. He gets a visit from the three ghosts of Christmas (past, present and future), and he is shown things that turn him into a believer in the holiday, and in being a much nicer person. The slot offers its players 25 paylines arranged on 5 reels and it can pay as much as $12,000.

The design is one of the strengths of this slot machine. You’re shown the inside of Scrooge’s house, with him sitting on his lounge chair. The reels are occupied by a mix of interesting and less fun symbols, the latter being the poker cards obviously. The themed symbols include not only Scrooge, but a few other characters from the novel, including the ghosts, Marley and so on. The themed symbols look very good, and they are well chosen, all of them from the story.

You always use 25 paylines for your wagers, but their value can vary. A maximum of 5 coins are used for each line, so the bets will range from 25 to 125 coins. Each of those coins has a value that doesn’t go higher than $1, so at most you spend $125 on a spin in A Christmas Carol.

Let’s take a look at the wild symbol as well, the only one to give away the big prize of $12,000. The prizes are the slot’s weak spot, a 2,400x multiple being on the low side since the game has only 25 lines. Otherwise, the wild is the usual one, capable of replacing most symbols, the scatters being the exceptions.

There are three different Christmas Ghost symbols which appear as scatters and which trigger their own features.

We have Christmas Past first, which when it appears 3+ times it triggers Past Spins. These get you 3, 6 or 12 free games. Past Spins guarantee that each round you get either an extra feature to trigger, or a win.

Christmas Future has the blue ghost as its symbol, and it triggers Future Spins whenever it shows up in three locations or more. 3 to 12 spins are offered again, and you are guaranteed either a win or an extra feature for each round.

Christmas Present is the symbol which triggers the final feature, and with 3+ scatters like this you get all the ghost symbols present on the reels to turn into wild versions.

With help from its design and from its various features, the game does a good job overall, its biggest downside being the presence of a relatively small top jackpot. 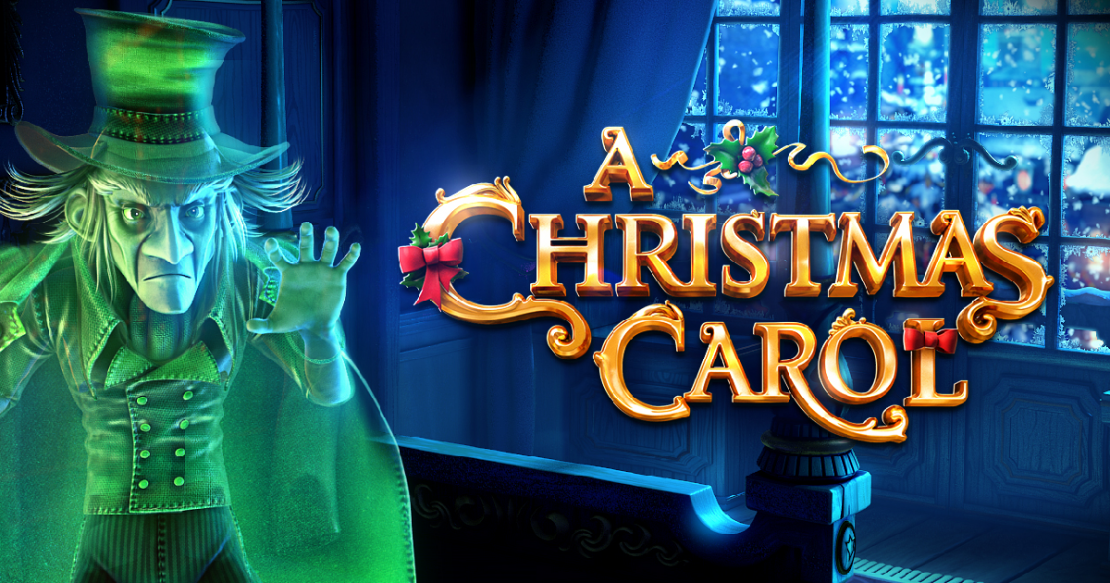