Foxium’s Adelia is a magic themed game with a 3D design that makes it look like a video game almost.

Adelia The Fortune Wielder is a character in a slot machine that comes via Foxium, a game where we’re being told of a sorcerer’s apprentice that was sent on a noble quest for treasure apparently, having to do a trial by fire and to use magical powers in the process. Going through the Trials for Treasure doesn’t sound like the most heroic thing ever, but the game ends up being fun and its graphics contribute to that in a big way. It’s not the fact that you get an anime girl in a skimpy outfit next to the reels, though that can’t hurt. It’s about the quality of the design everywhere else, such as in the daggers, satchels, staves and potions that you see in its more important symbols. The less relevant ones have playing cards, but of a decent quality.

This is a game that is playable on 20 lines and 5 spinning reels. There is a good RTP of 96.50% that’s expected over the course of the game’s entire life, with maximum wins of 50,000 coins being turned into $50,000 cash at most. There will be wilds, multipliers of up to 5x, respins, scatters, free spins and symbol upgrades, so the list of features is not a short one.

One of the two important symbols that you will have access to in the game is the Wild, represented through the purple W logo. It substitutes for other symbols, not for scatters though, landing on the reels 2, 4 or 5 for the paid spins and on the ones from 2 to 5 during free ones.

Multiplier wilds which improve wins by 2x to 5x are available only on reel 3 and only during paid spins. If you have three symbols of that type on reel 3, the Fortune Respin is activated, with the wild reel locked.

Adelia scatters are the triggers for 10 to 30 free spins, when you have 4 to 6 symbols visible on 2nd and 4th reels. You can collect coins here and you upgrade symbols and get multipliers for them once you have three in the right treasure chests.

It’s a game with a bit of a story to it, with 3D anime graphics that are not standard for a slot machine and with complex features, so it has everything it needs to be popular. 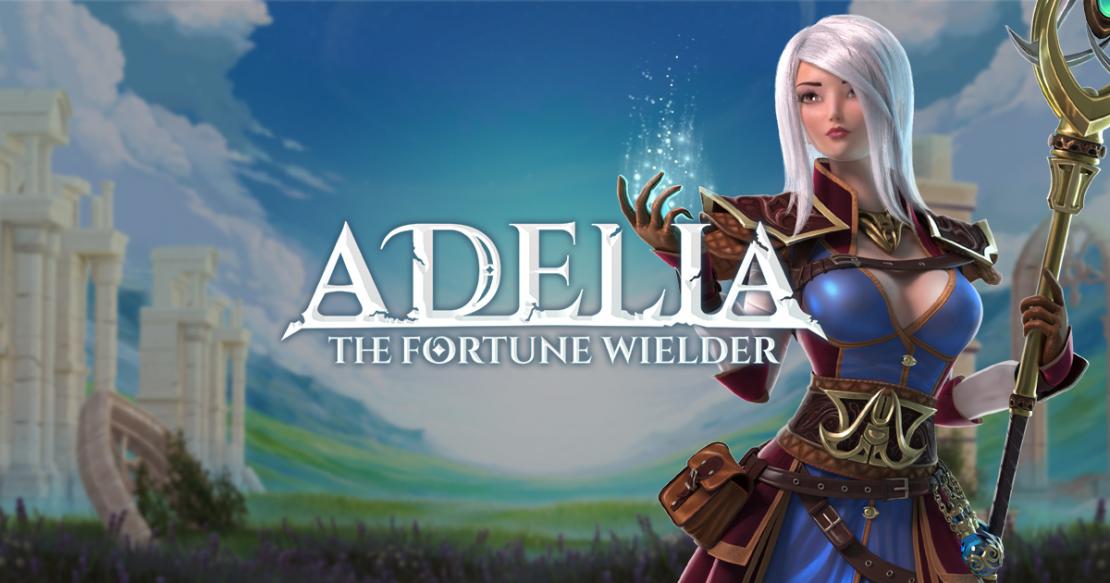