Avalon II: The Quest for the Grail Slot review

Avalon II is the second title from Microgaming to be inspired by King Arthur’s legends, and it comes with more features and with graphics which are about the same.

The action of Avalon II takes us in a quest for the Holy Grail, and just like before we’re getting a Microgaming slot machine here. Its playing cards are exactly the same as in the first title, but the slot improves the rest of the themed symbols and makes them seem a bit more realistic. The slot’s system uses 243 ways to win and 5 reels, plus it can pay up to $3,000 before multipliers get a chance to improve the jackpot.

The design is improved in the quality of the themed symbols and general graphics, but the playing cards are exactly the same.

The slot’s 243 ways to win system requires that you bet on the equivalent of 30 paylines, in order to get them all active. You have 30 to 150 coins which are used in a bet, and you can pick a denomination of up to $0.20, so the maximum wager will be at $30.

One of the features to look out for is the Grail Bonus, which shows off the Holy Grail in a scatter symbol. Get 3, 4 or 5 such symbols in scattered positions, and you receive access to a feature which will take you through multiple levels and types of bonus games.

You start off at Lake of Legend, where you have to reforge Excalibur, the famous sword, and you do this through rolls of a dice. Multipliers are applied as well at this point, up to 6x.

Misty Vale will bring you 15 free games, plus a character which you pick to use as an additional wild that can also multiply wins by 2x.

Next, you can pick your feature, going either with Forest Falls (20 free games and trailing wilds) or with Whispering Woods (bonus game where you pick a shield and you get a prize).

Dusky Moors is at the next level, and here you have to find helms that look the same, in order to win a prize.

With Morgan’s Keep, you receive 20 spins for free and a feature called Rolling Reels. Consecutive wins, obtained through the Rolling Reels feature, will have increased multipliers, going to 2x, 3x, 4x, 5x and up to 6x eventually.

Hall of Shadows asks you to defeat the Black Knight in a bonus game, in order to take back the Holy Grail.

Finally, you get to Isle of Avalon, where you have a wheel of fortune with prizes and with a chance to access the bonus wheel.

The slot’s list of features that you can win and advance through as you play the game makes it a good choice in the long run, so it pays to remain loyal to this slot machine.

Play Avalon II: The Quest for the Grail here 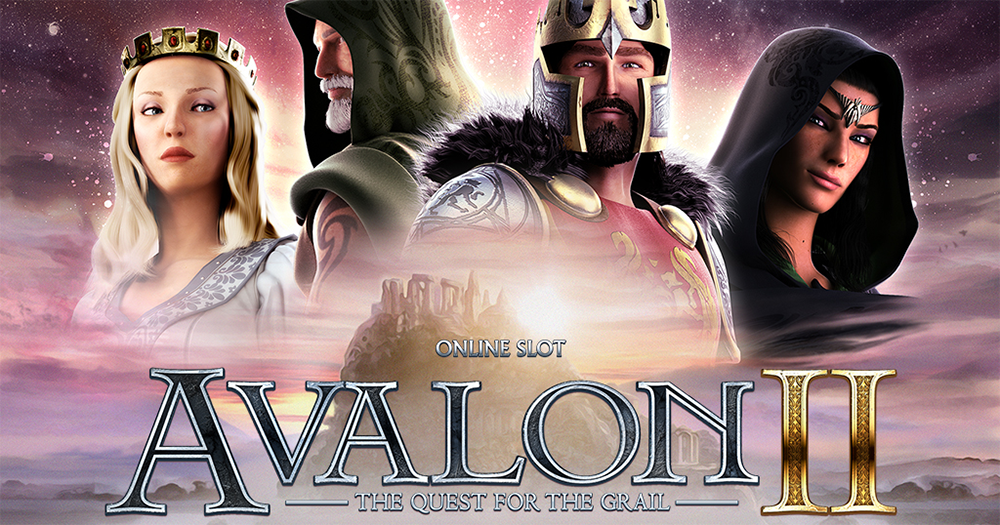 Avalon II: The Quest for the Grail