Ballonies is a game that gets its inspiration from twisting balloons and the animals that you can make out of them.

Balloon animals are a lot of fun for kids and even for most adults, and Ballonies seems to be the only slot machine that tries to capitalize on them. All the objects and animals that are used as symbols in this slot are made out of twisting balloons, and they show you a very child like design, which some might appreciate, but not everyone. The game gets a total of 20 active lines, and from them the top payouts can get up to 1,000x.

The design is very kid like, so I’m not sure how many players will love it. There are only symbols with balloon animals and with playing cards which are made the same way.

This game might be a lot of things, but cheap is not one of them. The minimum wager to use in this game is at $20, with each payline getting $1. The maximum will pretty much depend on your budget, since it seems to be able to go up to $100 per line/$2,000 total (we weren’t able to test the maximum amount).

A feature called Floating Reels is part of the game, and it’s something that you’re going to see in plenty of slots, though not under this particular name. The symbols which form combinations will disappear, and new ones come in, floating up from below. This happens during the same paid spin, and the feature can bring you multiple winning combinations this way. The feature continues until no more wins are formed with its help.

There is also something called a Star, a symbol which is used to multiply payouts. Each Star that is present multiplies payouts of that round by 5x, 3x or 2x. The values of the multipliers are added together when there are multiple Stars. The first three reels are the only ones that get this symbol.

Like in most modern games, a wild is present as well, capable of replacing other symbols, as long as they’re without special abilities.

The first three reels may get Balloon Bonus icons, and when all three have them you trigger a feature with free spins. You pop one of the balloons, and it will let you know how many free games you won.

The design style will probably be something that plenty of players will not enjoy in this case, but there are good things as well, and the features would be the ones that are on this list. 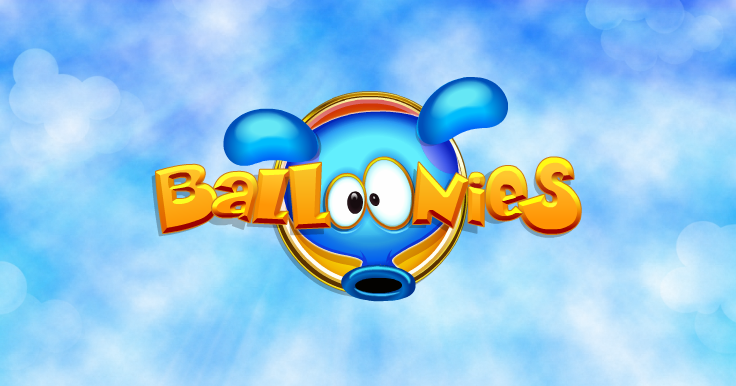