One of the most inspiring festivals for slot machine developers seems to be Oktoberfest, the world’s biggest beer drinking event. That’s what we seem to be getting in Bier Fest, a beer festival that takes place somewhere in Bavaria, with big steins in the hands of the attendants, with pretzels and sausages served by pretty ladies and with the colors of the fall in the background. It’s a slot machine that gets 5 reels & 25 paylines, offering in exchange for your wagers prizes of up to $10,000.

Genesis Gaming got the design right here, offering us an image of a beer festival, but not in the big environment of the city, instead appearing to be taking place somewhere in a small town in Bavaria. The time is during the fall, and you can see the rusted colors and the falling leaves in the background images. As you’d expect, the symbols show off the beer drinkers, but they also seem to take an interest on the girls which serve beer, food or play the accordion.

A scatter symbol will sport the image of a beer stein on it, and it will appear on three reels (2, 3 and 4). Get it on all three, and your reward will be a small prize worth 5x. They trigger the free spins as well, up to 46 of them and with multipliers of up to 15x.

Wild symbols are responsible for giving away the top prize here, a 1,000x line bet multiple which doesn’t impress anyone. When it appears with fewer symbols than those required for a combo, the wild acts as a substitute, but only for regular symbols.

A Barrel Wild will land only on reel 3, and from there it will turn the entire reel wild.

Another feature is the one triggered by the Bier icons, appearing on reels 2 and 4, and giving a prize whenever at least one appears.

Wild Pig symbols on the 1st reel, while Pretzels are on the 5th on the same row, will bring you a feature called Wild Pig Racing. This adds a trail of wild symbols on the reels. 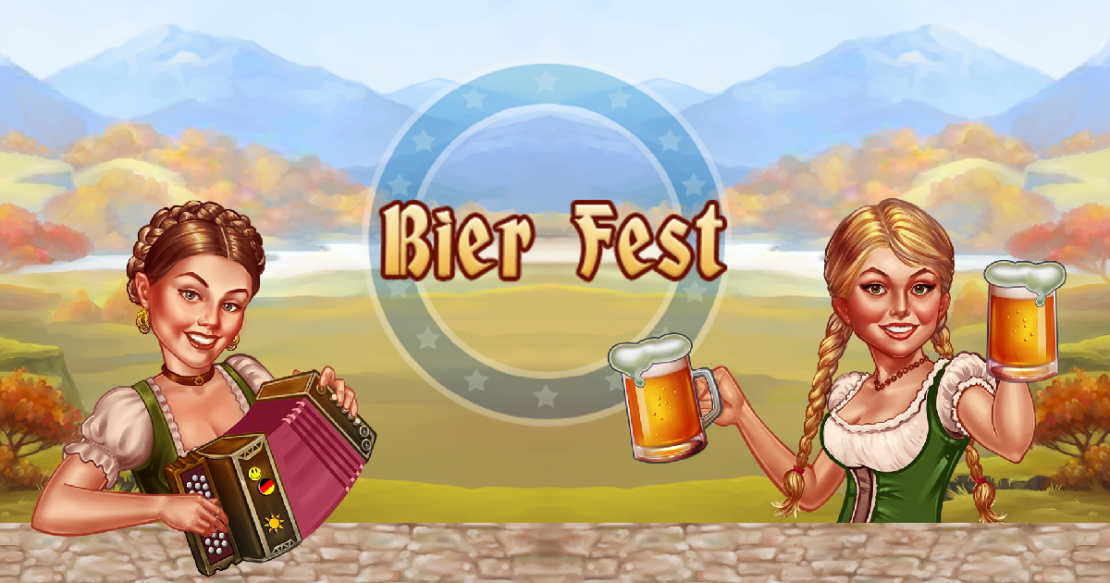