Crime Scene, a Net Ent slot, will take you to a place where a crime was committed, and will give you a chance to participate in the investigation.

The police scene, and the way it usually looks, is a familiar sight for most people, though it’s mostly from crime movies and TV series which show it to us. You get another version of it in Crime Scene, a Net Ent production of good quality, but with a few too many playing cards for my tastes. The game shows you the pavement in its symbols, with various images placed on it. There are 15 paylines on the slot’s 5 reels and it will pay up to $7,500 cash.

There is a lot of asphalt in the images that are used in Crime Scene, and that’s mostly because of the playing cards, which will show you their letters as drawn with chalk on the ground. The rest of the symbols are mostly with things that criminalists use to investigate, including toolkits, handguns and special glasses. It’s not a bad design, but it’s not very inspiring or fun either.

The sticky wild is an important part of this game, the slot using it as a way to increase your chances of getting wins. If a wild appears on the reels, it will be sticky for as many as 5 spins of the reels. It will also substitute for most symbols, but the bonus icon will be the exception. If you get a win, and the sticky wild contributed, there will be a 3x multiplier applied to the total value of the prize.

The second feature comes from the bonus symbol, the one with the fingerprints showing on it. Get 3 or more of them, and you can expect for a bonus game to trigger. You have to make choices here, from the 30 different evidence folders. You can get cash prizes, you can find evidence to help you solve the crime, or the feature can end.

I’d expect this to be a game that you don’t play in the long run. It doesn’t have a great offer in any of the main areas, and it feels one of the few truly average titles from Net Ent. 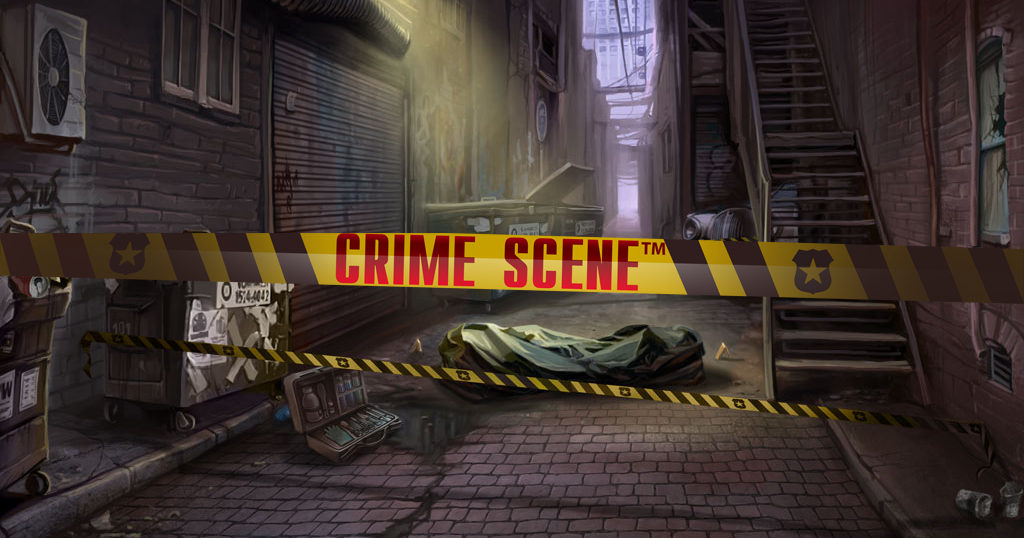