Dinosaur Adventure will take you back in time, to a dangerous jungle, filled with dinosaurs that are no longer among us now.

Designed by Genesis Gaming, Dinosaur Adventure shows you the kind of look that you would’ve found in a Jurassic Park movie. This one is about the actual time period when the dinosaurs still roamed Earth though, and one of the symbols actually shows the erupting volcano that will end most life, allowing mammals to come back stronger and eventually for humans to take over. The slot offers 5 reels, and on them there are 1024 ways to win. Regular prizes reach values of $400.

The dinosaur themed symbols look quite good, but thanks to those boring playing cards the game isn’t as impressive as it could’ve been. The slot’s design seems a bit old, even though the quality is good. You should have no problem playing this game.

One of the features which are mentioned in the game is the wild, the symbol which can be a substitute for all other icons, with the one exception being the scatter. The image chosen for it is that of the erupting volcano.

The scatter symbol is even more important to the slot, being the only one capable of triggering free spins and giving away payouts from any position on the reels. With three to five such symbols in place, you will be rewarded with 80 to 800 coins, which would mean $400 at most. That’s actually the biggest prize you can land in this slot, without getting the multipliers involved.

The presence of multiple scatters will not trigger only cash prizes. There are also 8 to 20 free spins to get from this slot, where the wilds can apply 2x to 4x multipliers to the wins they help you get. These wilds are only offered on the middle three reels. With plenty of luck on your side, the three wilds can all bring 4x multipliers, working together on a combo with a combined multiplier of 64x.

Play Dinosaur Adventure if you love the idea, and even if you believe that your luck will help out and bring you those huge multipliers during the free spins. It doesn’t pay that much otherwise though. 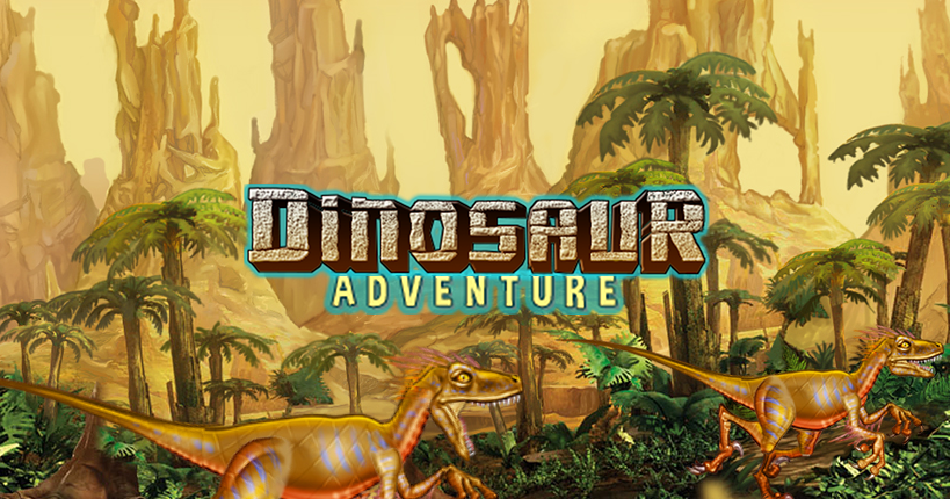