This is a game which you will find in casinos that offer NextGen slots. Double Play SuperBet uses the feature with the same name to give you better wilds and on more reels, but also asks for quite a bit more money in return for that favor. Its design is modern, but inspired by the classics, so you’re going to see on its reels mostly symbols that older games used to have. 25 paylines are provided, while the biggest prizes go as high as $125,000.

As you will quickly notice, it’s not a game that tries too hard to attract people when it comes to the graphics. Using the classic theme for inspiration, it has among its symbols horseshoes, fruit symbols, 7s, diamonds and stars, but at least they’re all created with a bit more attention to detail than you might be used to getting. A beautiful purple background image is present behind the game area, with elements of it moving around like it was alive.

One of the biggest features of the game is called SuperBet. It will enhance the wild symbols on the reels on which it is used, but you have to pay a generous amount in order to activate it. At Level 1, SuperBet gives you the enhanced wilds only on the 3rd reel. At Level 2, you get it on the reels 2, 3 and 4. You need Level 3 to have the better wilds on all five reels.

The other part of the title, the one called DoublePlay, will increase the multiplier applied by the enhanced wilds. Once again, you have three levels, and the multiplier starts at 3x, goes to 6x for the second level and to 9x for the third level.

Scatter symbols, when they appear, tend to be highly profitable. Having all five will bring you the biggest prize of the game, worth 2,500 times the triggering bet. With 3+ you get 15 free spins with x2 multipliers. 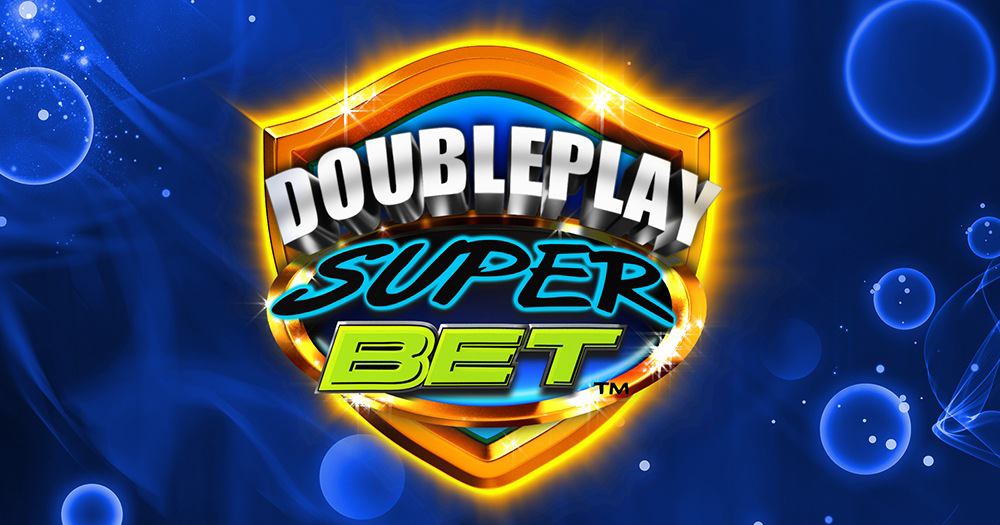