Dragon’s Myth is a game that was designed by the developers from Rabcat Gambling. The action in Dragon’s Myth revolves around a redhead girl that has her own adventure in the land of dragons, mythical creatures that are used in multiple variants on the reels. You will find that 20 paylines are in use in the game, with prizes of $4,000.

Dragons have made a strong impression on the human mind, and they’re used in a lot of different stories and legends of ours, and they continue to be part of new stories that writers of our generation are creating. They’re at the center of the world where the action of this slot takes place. The game comes in HD quality, so you should play it in full screen if possible, to get all the details that the designers worked hard to include. There are multiple types of dragons in this game, all of them very well done.

The slot has a fixed number of paylines, at 20, and you can modify the Bet in order to change how much each one will get. The maximum line bet is $2, which means that the total reaches $40 per spin.

The Readhead Girl is the slot’s wild feature, a symbol that can replace every normal symbol in order to help it complete a win. Symbols which can’t be replaced with wilds include the Shoot, Bonus and Freespin.

The game allows you to collect the four types of dragons that are used as symbols, catching them when the symbol appears in a bottom position on a reel. Once all four are collected, you get the Dragon Bounty.

The symbols marked Freespins are going to be your way to the free games mode, where 10 to 20 rounds are won for three to five scattered symbols. These spins offer wins that form starting from both sides of the game, plus you can now take advantage of the Bonus symbol to access the cave of the dragon.

If you do get into the dragon’s cave, you get an additional three spins for free, with a chance to get even more with the Shoot symbol in place at the right time. 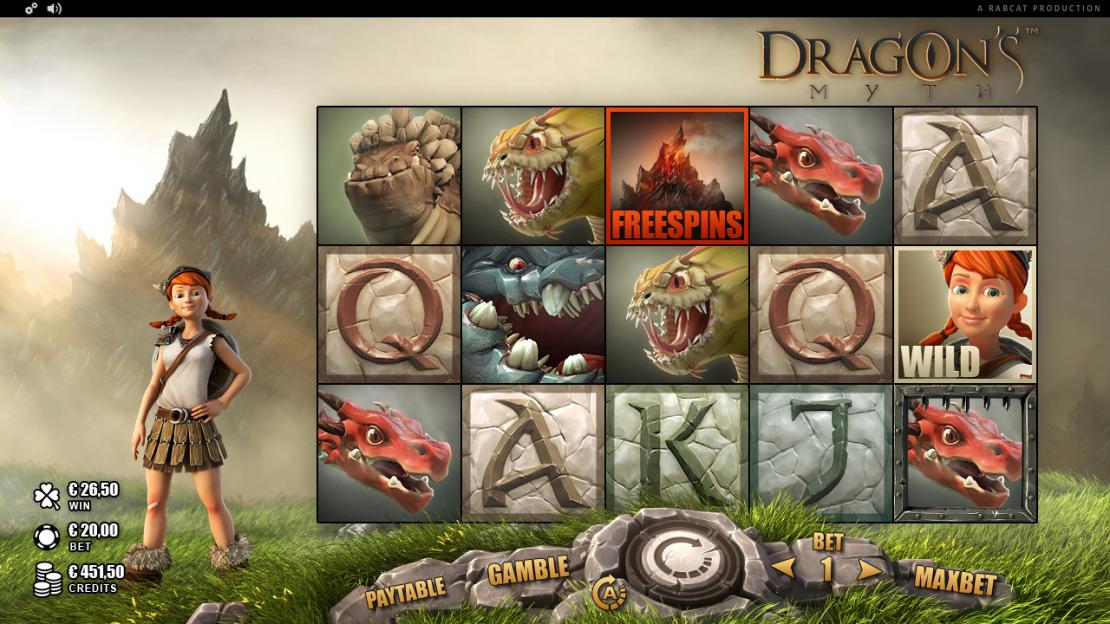