The Pacific region has been a great source of inspiration for developers, and Easter Island proves it once again, as a slot machine from Yggdrasil Gaming.

Yggdrasil Gaming delivers yet another impressive slot machine, in Easter Island, a game that’s launched with their usual attention to detail, awesome graphics and more than a couple of features that you will love. The theme is not exactly new, but Yggrasil Gaming made it their own. Its basis is coming from the Tiki statues that you can find on the actual Easter Island. These Tiki statues flank the reels on both sides and various symbols that are based on wild creatures are available on the reels. To finish the list of symbols, there are four card suits available, with a hand-made appearance and placed on wooden boards. There are constant animations in the background, decent looking symbols on the reels, and all in all it’s a good-looking slot.

It might use the regular 5 reels, but on them you will find an unusual number of lines, 27 being used in the base game and up to 103 during respins. Individual wins on these lines can end up paying up to $4,000. Symbol swaps, expanding wilds, respins and expanding reels all contribute to what promises to be a fun game.

One of the features that I’d call major in Easter Island is the Symbol Swap Respin. This one triggers for every single winning spin that you get, so it’s going to be available to you quite often. The low paying symbols that are part of the wins will replace all other low symbols for the respin. The high paying ones will do the same with the ones from their category.

Wilds, which are shown on reels 2 & 4, will become sticky and will expand on their reel, if they appear during winning spins.

Easter Island is a game that excels at providing you with fun features, it has good graphics and it’s a slot machine that I’m recommending you try. 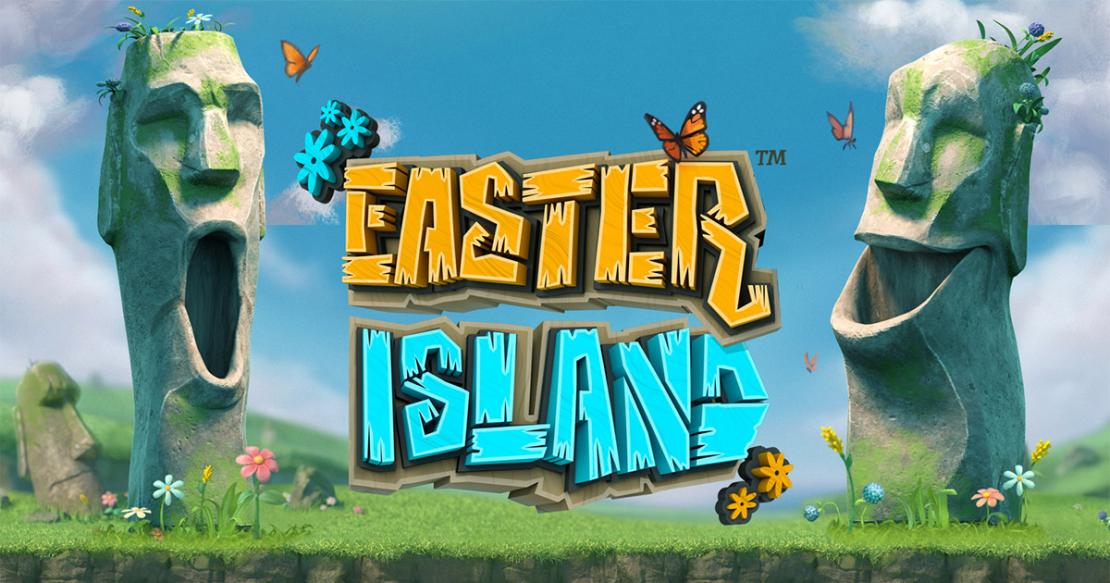