Electric SAM is a game that was created by developers from Elk Studios, a relatively new company, which has been around since 2012. The game provides an interesting mix of modern and classic symbols, but the graphics are clearly in the camp of the former. That’s also the case with the ways to win system which is employed here, with its 243 paylines being arranged on the 5 reels of the game. A 96% RTP (Return to Player) is announced in the game’s paytable, which is a respectable number, but not one of the best ones available out there.

The slot’s theme is obviously Christmas related, you will notice that as soon as the game loads, with stockings hanging, gifts waiting to be unwrapped and lights arranged at the top of the reels. The symbols are a bit of a mixed bag, some of them being classic icons made out of neon lighting, others being cute troll characters.

The game has ways to win, so the wager system is somewhat different. While it doesn’t require you to place a bet on each individual way to win that is used, it does need 100 coins to be part of the bet at all times. Just how much those coins are worth is up to you, the game offering 12 bet variants to choose from. The lowest one is at $0.20, while the highest one is worth $100.

While in the base game, the two symbols you will rely on will be the Logo Wild, which substitutes for the regular symbols, and the Golden Bell, a scatter which provides you with 5 to 15 free spins.

The three symbols which have characters in them (Sam, Sandra and Maggie), will be the ones to trigger features during the free spins. You have the Sticky Wild when Sam the King gets involved, up to 10x Multipliers when 3+ Sandra icons are present and Imploding Symbols if Maggie is in at least three locations. 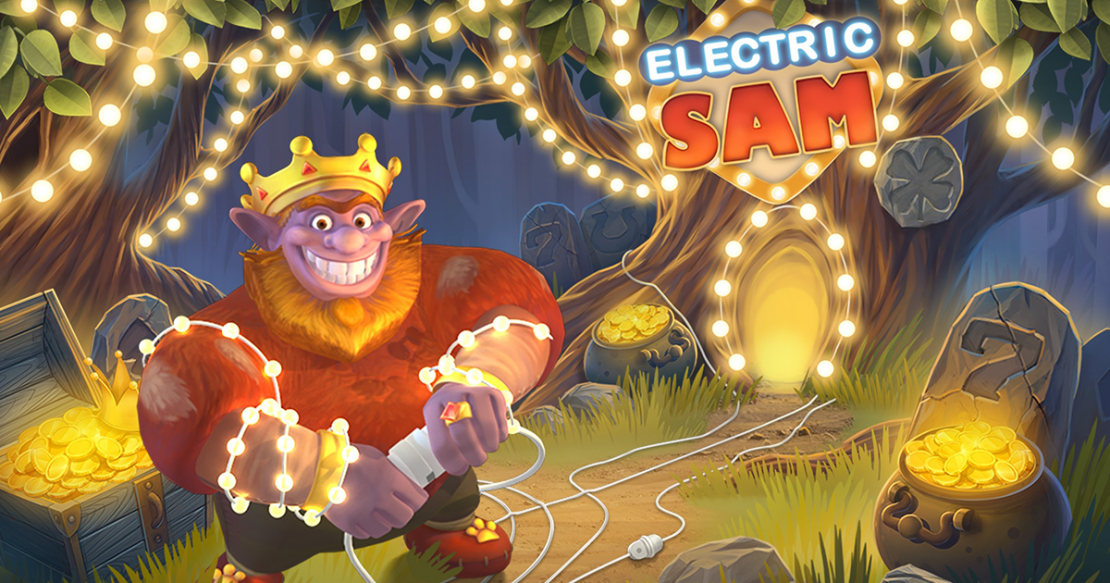