Football Cup is a slot offered by Games OS, which gives you football action on 5 reels.

Football Cup should be right up your alley, if you’re into football (soccer) themed slot machines. It has a bit of an unusual theme, but that’s just its way of differentiating from the rest that are present on the market. It’s the player symbols that are different, looking a bit like caricatures, of people from different countries. It might actually be a picture of the football fans, since one of them is actually smoking a pipe. The game has 25 lines, 5 reels, and if you’re lucky, you might get up to $2,000 from it.

The look of the slot is somewhat unusual, but not unpleasant. You see people from various countries on its reels, but it’s not clear if they’re players or fans of the national teams. The rest of the symbols give you player lockers, flags, golden shoes, gloves and whistles.

Wilds are part of the game, and as you would expect they are used as substitutes, ways for you to get better combinations or ones that wouldn’t have been possible otherwise. These symbols don’t seem to be capable of awarding prizes of their own.

The Extra Spin is a feature that the game offers, and which requires that you form a combo of three or more symbols on an active line. The reels which were part of the win will be held, while the rest will spin once for free, giving you a chance at an improved payout. Hopefully, that winning combo will be enhanced with one or two additional matching symbols (or wilds).

The other feature which Football Cup has is triggered when 3+ Bonus symbols appear scattered in the game. The reward is a Lucky Locker feature. You have to open one of the lockers, and inside you will find stuff that the players have left behind. A big win will be offered next by the game.

It’s a 5 reel title, but an unusual one where graphics are concerned. I think it’s worth a look, it was well done and it doesn’t cost too much to play. 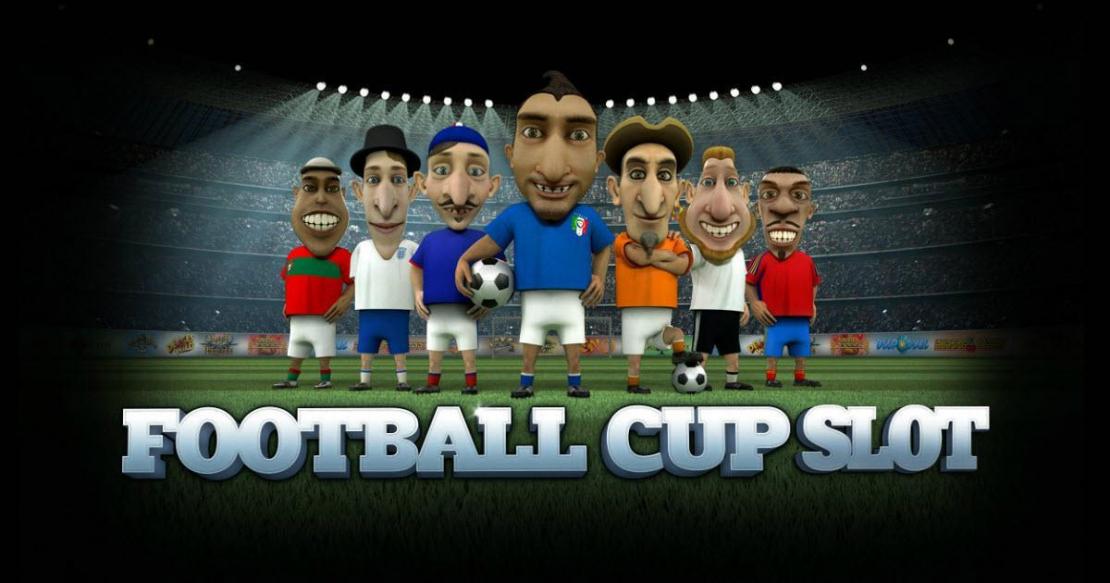