GOLD is a Big Time Gaming slot machine, a game which seems to be rather fond of the precious metal that it was named after. From the background graphics, to the cars, credit cards, poker cards and anything else you might look at in this game, they’re all made out of the same gold metal, to the point where it’s becoming obnoxious. The rest of the game is pretty normal, having 20 paylines and some very interesting features that you can take advantage of.

Just like I said above, the game’s theme is inspired by the precious metal with the same name. The designers appear to have been suffering from gold fever at the time, using the metal everywhere they could, even in places where it doesn’t make much sense. Every single symbol they use is made out of gold, the background has gold plated parts and yellow lights, and the betting area is of the same color. I’m not a fan of the game to be honest, too much of a good thing can spoil a game, and it’s especially true when it comes to the design. Symbols include poker cards, gold cars, gold watches, gold credit cards and so on.

To place your bet, you have the bottom left options to work with. You decide the Stake Per Line first, and the number of Lines (1 to 20) second. The third box will let you know how high the total bet is. If all is well, click on the green Spin button.

One of the more impressive features of GOLD is the scatter symbol, with its Gold Disk which can bring you as many as 180 free spins. The requirement is for 3, 4 or 5 scatters to be on the reels in the same round.

Another important feature is the wild symbol, which shows off an open case filled with gold bars. As a wild, the role you can expect it to fill is that of a substitute for missing symbols, improving the game’s profitability in the long run. 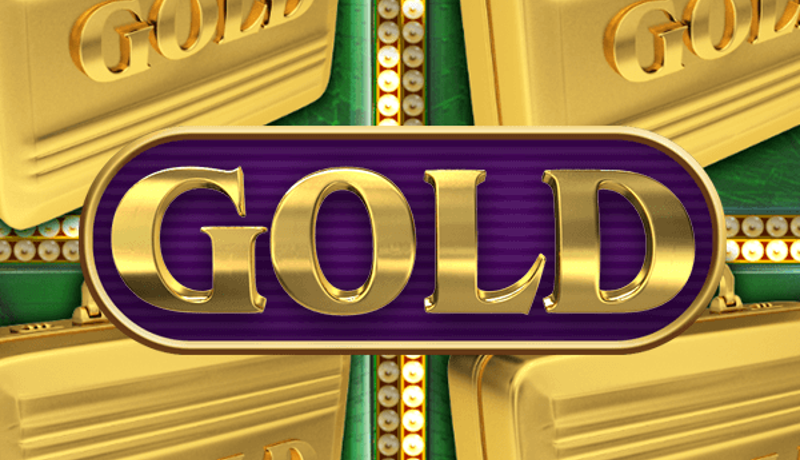