Released by Big Time Gaming, Golden Goals is an unusual game design wise, with a theme that is a mix of football and classic.

Golden Goals is mainly about the football, you get that much from its title, but it’s also about the classic influence which can be seen in so many of its symbols. The game splits the two themes, using classic symbols for the reels, while the features both seem to be related to the football competition. The design style is a bit rudimentary looking, but that doesn’t necessarily make it unpleasant. The slot’s got 5 reels, with a total of 20 lines on them, and it can award a top payout of $100,000.

The graphics are unusual, mostly because they look so vintage. There are very basic looking symbols on the reels, all the regular ones being classic Bar or fruit images, while the surrounding design is connected to football.

The game’s only betting option will allow you to pick what the stake per line should be. You get to pick one that ranges from $0.01 to $10, which means that you can spend as much as $200 on a single spin of Golden Goals.

The Golden Goal logo is a scatter, the only feature icon to be present among the classics available in the base game. Get this symbol a minimum of two times, and up to five times, and rewards of 40 to 2,000 coins are offered. Have 3 or more such symbols at the same time, and the Golden Goals feature begins.

The only symbol offered by the game on its reels with a football theme is the one with the wild ability, showing you the image of a flaming ball. This wild is a substitute for others when it appears where you need it, without being able to help out with the scatters. This particular symbol is reserved for the Golden Goals Reels, so the base game doesn’t get it. It can form a combo of five wilds, and it will pay 10,000 coins at that point.

Go For Goal is a feature which you trigger with the help of small numbers which appear next to regular symbols. For example, one symbol might have a 1 next to it, while three others would have a 2. They would bring you a total of 7 steps on the Go for Goal ladder, which would mean a payout of 15x. Up to 10,000x can be won through this feature.

You don’t need to be a fan of football to try this game, the connection is not that strong. You do need to enjoy slot machines which are a little bit different. 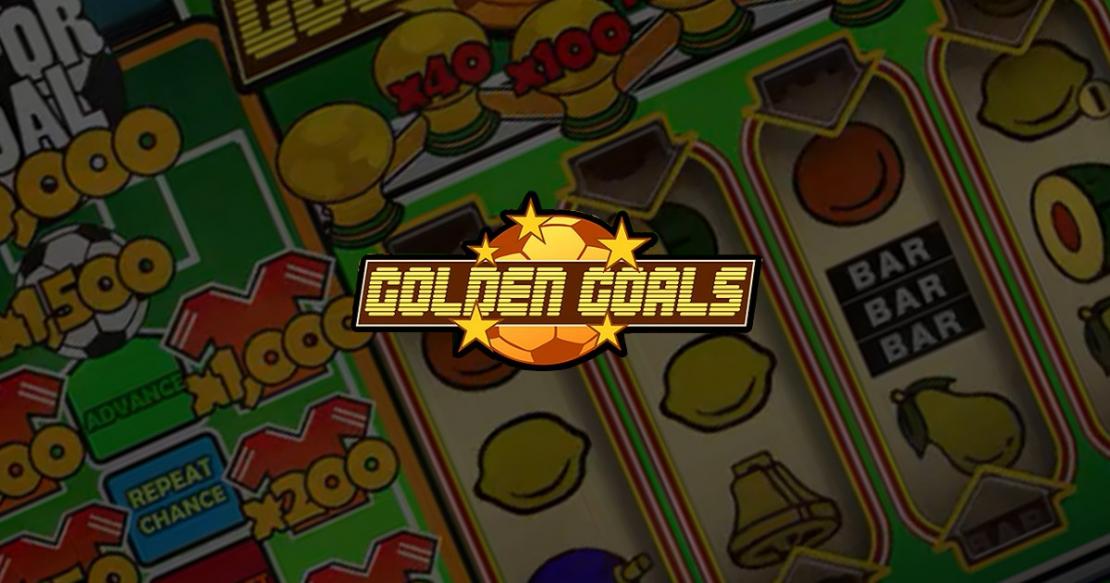