One of the new NetEnt slots, Hotline is an 80s style police story, which looks like it’s based on a show like Miami Vice.

Hotline is an impressive looking game, a slot that seems to be getting its theme from the cop shows of the 80s and 90s. The Miami scene has been part of at least one of those shows, Miami Vice, and it’s that film that appears to have been the inspiration here. You have two cops for the big roles of the game, dressed in suits that were popular for that time, while as the villain the developer used a mysterious woman, elegant but whose face is not revealed. She is going to steal some jewelry apparently, as the lesser symbols involved in this game will all show gorgeous pieces that could very well be worth millions. Showing crowns, necklaces and rings, the jewelry is looking great and it’s not a bad choice for the symbols with the lowest payouts of this game.

It’s a game that plays on 30 fixed lines, spinning 5 reels and offering payouts of $2,000 in its best combinations. The Hotline is its most impressive feature, but you have to pay extra to get the full benefit of its presence. Scatters and free spins are available also.

You play as if you had 15 active lines, and you bet accordingly. You start from a minimum of $0.01 and you can get up to $150, by increasing the line bet high enough. You also have Hotlines to activate besides the first one, and that way you can end up doubling or tripling your investment. The maximum bet that you can use in a round of Hotline is $450.

The Hotline is a row that you select, and if a wild symbol lands on it then it expands and covers the entire reel. By activating the secondary Hotlines, you insure that any wilds you get will do the same thing, no matter in what position they appear.

The scatters with the image of the Sunset will be visible only on the 1st, 3rd and 5th reels. They trigger 7 free spins if all three act as triggers that round. If a wild appears on a Hotline, it expands and becomes locked for the rest of the free spins.

Hotline is a fairly interesting game, but it’s mostly the features that seem to get my attention here. Unfortunately, you pay for the privilege of getting them more often. 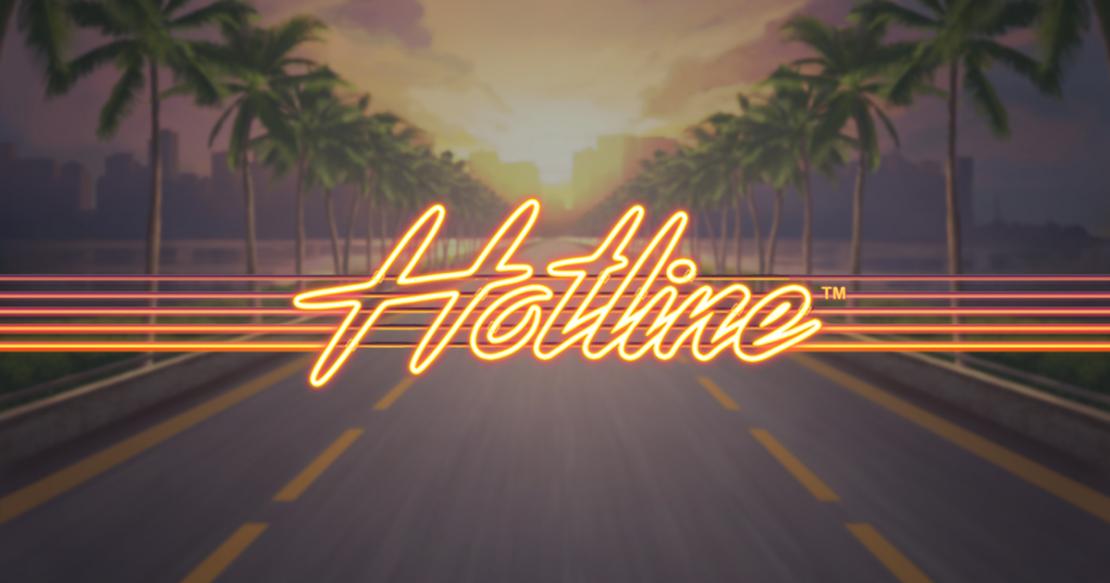 Listen to the Hotline Soundtrack on Spotify