Humpty Dumpty, the famous character from the English nursery rhyme, is the star of this Push Gaming slot machine.

This game is offered by a developer called Push Gaming and it follows the adventures of a famous character from a song that is usually told to children, which was originally published back in 1797. The design of the game is one of the better ones I’ve seen lately, a great example of how a story book themed slot machine should look like. The slot gets a total of 25 win lines, the setup having the usual 5 reels. A top prize of $500 is advertised.

The design of Humpty Dumpty appears to be based on a medieval king’s court, which includes the monarch, the princess, a guard, a kitchen maid, horses and Humpty Dumpty on top of a wall, from where he can fall, just like in the nursery rhyme. The quality of the design is one of the best ones I’ve seen lately, and I for one enjoyed playing it especially because of it.

You have 25 lines that you place your bets on, without an option to reduce that number. You can only change the total bet value, from the range of $0.25 to $25, which would mean a line bet of $0.01 to $1. The biggest reward that you’re offered in return is at 500x, which would mean $500 at most, hardly an impressive payout.

The wild symbol appears to be available both in regular and stacked versions, and when it makes its appearance you can expect it to be helpful as a substitute, a symbol that can help you get more winning combinations, though it wouldn’t work with symbols which have special abilities themselves.

Unusually enough, the scatter symbol can also appear stacked, but only on the 3rd reel. To trigger the free spins, all you need is for the full Humpty Dumpty scatter to be visible on that reel. The reward will be a round of 6 free spins.

Free spins get Heart symbols, which you can collect when they appear on the middle three reels. You need three hearts collected from a single reel, in order to get that reel occupied entirely by wilds and locked until the free spins feature is done.

Finally, there is something called Falling Wilds Respin, which triggers when a wild appears on a reel that is not locked, in which case a respin is done for it.

It seems to be an interesting game, but it’s a shame that the features and the payouts are not as good as its design. 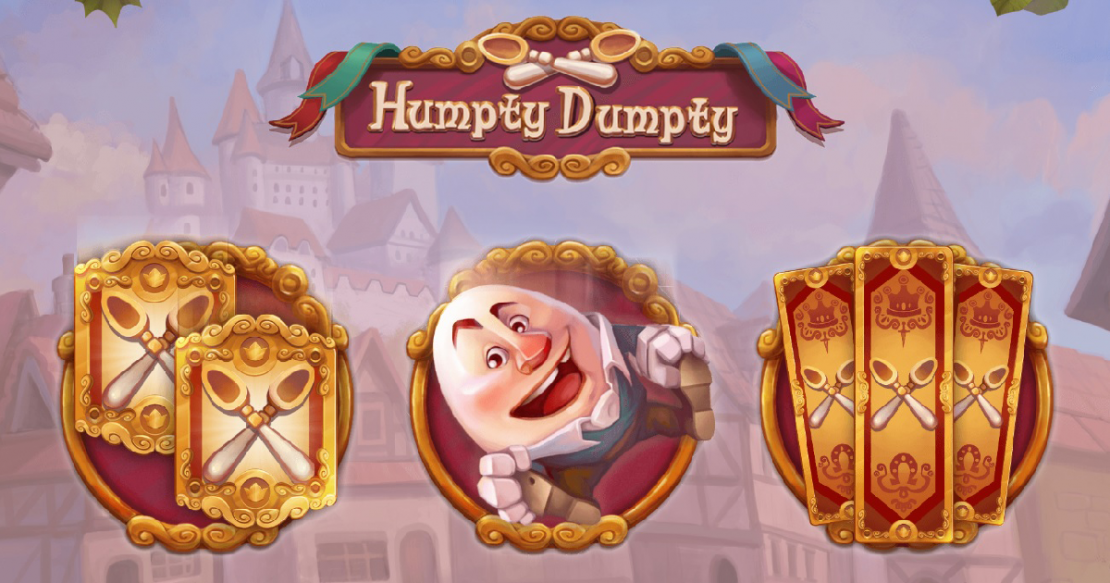