Jimi Hendrix is one of three rock themed slot machines, released as part of the Net Ent Rocks series in 2016.

Jimi Hendrix, the popular rock musician of the 60s, is at the center of the action in this new release from Net Ent. The game is one of three titles that are released by this developer in 2016, the first one being Guns N Roses, the second one being Jimi Hendrix, while the third release will be Motorhead. The game sports a flower power theme, mixed with rock music, in a design that looks almost like a work of art. The game has 5 reels and 20 lines, so in that regard it’s quite typical. The big payout is at $4,000, but there are a lot of features inside, to make up for that number.

The graphics in Jimi Hendrix are not exactly impressive, but I’d call them very appropriate for the kind of theme that a 70s rock and roll topic would demand. There are flowers, peace signs, images of Hendrix and other symbols related to the hippie movement or to the musician. The design is not exactly realistic, a bit abstract actually, and in the background you will notice a desert which has things like guitars or drums half buried in the ground.

The wagers in Jimi Hendrix are typical for what a Net Ent slot machine will usually ask of the player. There are the 20 lines which are fixed, and which accept up to 10 coin wagers, with denominations of up to $1. You can spend $10 per line, or up to $200 total.

The main game seems to have two features to offer, one of them being Purple Haze. This one starts up when the right symbol is on the 1st reel, and at that point the poker card icons are turned into wilds for that round.

The second main feature is a Red Guitar Re-Spin, which triggers when you have 4+ symbols with a Red Guitar present. The re-spins continue for as long as you get additional Red Guitar icons on the reels through them.

Next, we have a Pick and Click feature, which needs three scatters present on the last three reels. The name of the feature pretty much tells you what you’re going to do inside. It can bring you instant prizes and three types of free spins (Purple Haze, Little Wing and Crosstown Traffic).

For rock and roll fans, Jimi Hendrix has a lot to offer, and besides the cool theme there are also the many features which the slot introduces. It doesn’t do very well with its top payouts though. 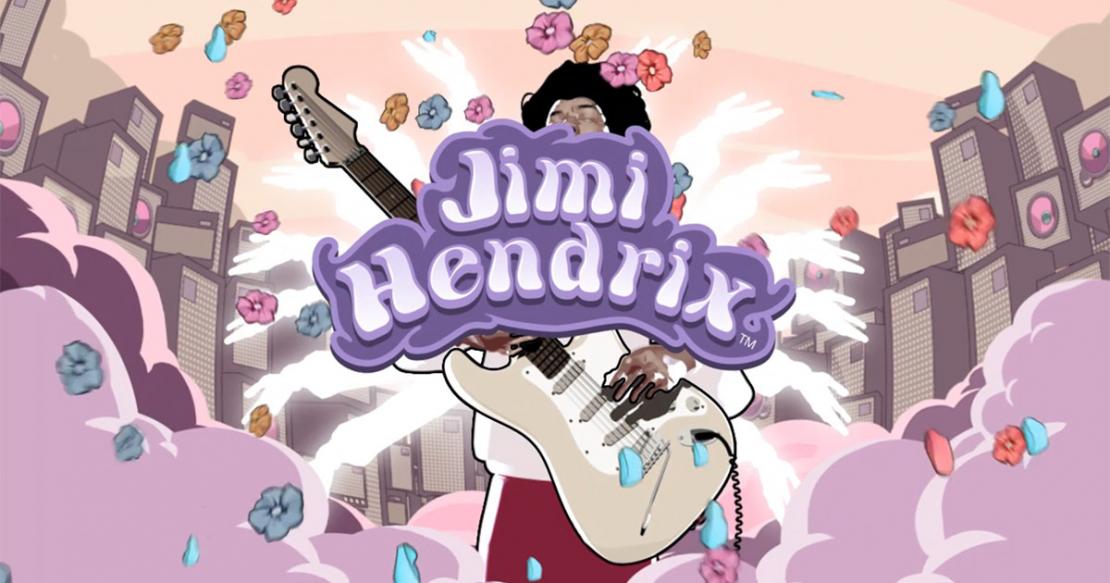