Leprechaun Legends might be a new game, with very good graphics, but the theme is a very common one.

The slot’s title pretty much gives away the entire theme, and as you probably guessed, it has to do with the Irish and their famous stories, which mention leprechauns in them. These creatures are rich, with pots of gold hidden where the rainbows end, and that’s what makes these slot machines so attractive. The design of Leprechaun Legends is considerably better than average, so that’s one plus for it, but on the other hand there are a lot of games out there with this exact type of theme. The slot owns 50 paylines which are all active, and they can pay up to $25,000.

The design quality is excellent, much better than I’m used to seeing from titles which have this sort of theme. It looks like a modern game, with multiple leprechauns used as symbols, along with jewelry clovers, pots of gold, rainbows and some Celtic style playing cards.

To change the bet, get into the menu and click on the Coins section. You will get the option to change the line bet there, the range for it being from $0.01 to $10. The resulting betting range for a slot with 50 fixed paylines would be from $0.50 to $500.

A clover style piece of jewelry is the one you will see acting as the substitute, the wild of the game. It’s made out of gold and it has five emeralds on its petals and in the middle. A wild will not substitute for a scatter, and that’s its only limitation. They are more than capable of simply acting as regular symbols, forming combos directly, and if that happens they pay up to $7,500.

The scatter is the one that pays better though, up to $25,000, for a wager that is big enough. Scatters only have to be present somewhere on the reels, with enough symbols, and they get you a reward.

The Pot of Gold feature starts up when you have a Rainbow on the 1st reel, with at least one Pot of Gold on the last four reels. Each Pot of Gold brings you a prize if that happens.

Scatters will trigger a re-spin feature when they appear with a minimum of two symbols. The reels with scatters on them will be the ones that are locked. Once the Luck O The Irish feature is done, you get the Legendary Songs.

To activate Legendary Songs, you need 3+ scattered symbols. You win 7 to 15 free games, with leprechauns having their own reels on which they become wilds if they appear there.

If you’re not tired of leprechaun themed games yet, then you might as well give Leprechaun Legends a try, it’s worth it thanks to its design. 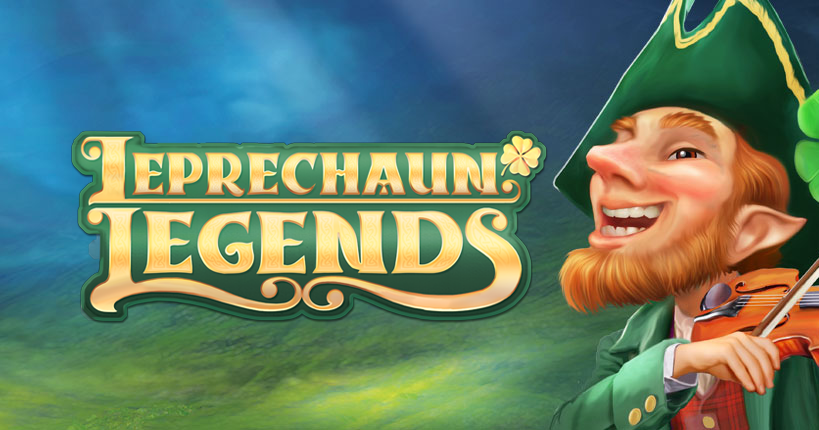