Magic Gems is one of the slot machines that Leander Games has created, and it’s a title with a fantasy theme, which features fairies and lots of gems on its reels. The game has an attractive design, but that shouldn’t be a surprise if you’re familiar with the titles released by this developer. It has a total of 40 paylines, while prizes obtained through them only go up to $5,000.

The theme of Magic Gems is equally about the gems that are mentioned by the title, and about the magic forest in which the action takes place. You see this enchanted forest behind the reels, while on them there are poker cards made out of green vines, the colored gems and images of the fairy and the treasure chest. The reels are made out of hanging vines, the ends of which are tied to the neighboring trees.

Regular symbols are of two types, poker cards or gems. Any other icon you see has some kind of extra role. It’s the case for the Fairy symbol, which is used as a wild feature in the game, whose only role is to substitute for regular symbols in new combinations.

Get those new combinations formed, with or without the wild helping, and you will see them forming exploding chains. New symbols come to replace the ones that exploded, and hopefully you get new wins without having to pay for another spin.

The Treasure Chest is the other feature symbol, the scatter which is present on the first three reels. To trigger its 3 free spins, you need all three scatters present in the same round. 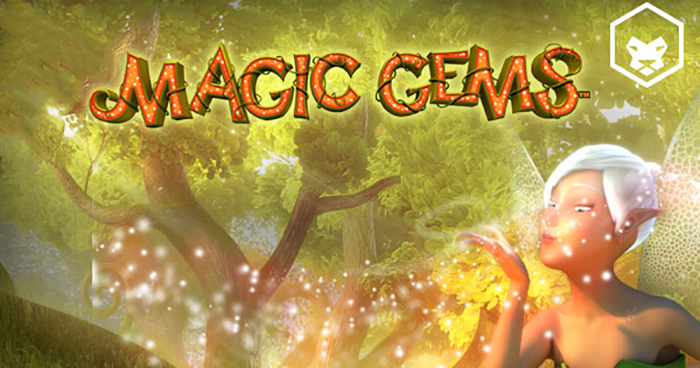