Magicious will give you a magic themed game, complete with attractive female assistants, with Illucious in the main role and with Magicia as the one that helps. They’re both on the screen, and they’re ready to form the combinations that start from their side of the screen. The game’s 15 paylines will bring you prizes of up to $4,000. The best thing about it? It has an RTP of 97.20%, so you have a better than average chance at getting a profit from it, at least if you compare it with most slots.

The game’s design looks like a real magic trick is being performed right in front of your eyes. You have the magician on the left side, with the assistant on the right. They’re both holding magic wands, ready to use them should any symbols align from the right or the left of the screen with at least three icons on a payline. The symbols are boxes and stars of different types, and they appear to be hanging in mid air, slightly moving as if in the wind. The unfortunate part is that images with magic tricks would’ve worked better, considering the theme. Instead, you have boxes with planets, stars or the Sun painted on them.

Besides the ability to pay both ways, the game also has an expanding wild present, capable of appearing on the middle three reels (2nd, 3rd and 4th). If the wild appears, it expands covering the entire reel, and then remains in place while the rest of the reels respin once for free. Get new expanding wilds, and they also hold. This can keep happening, for up to three respins. 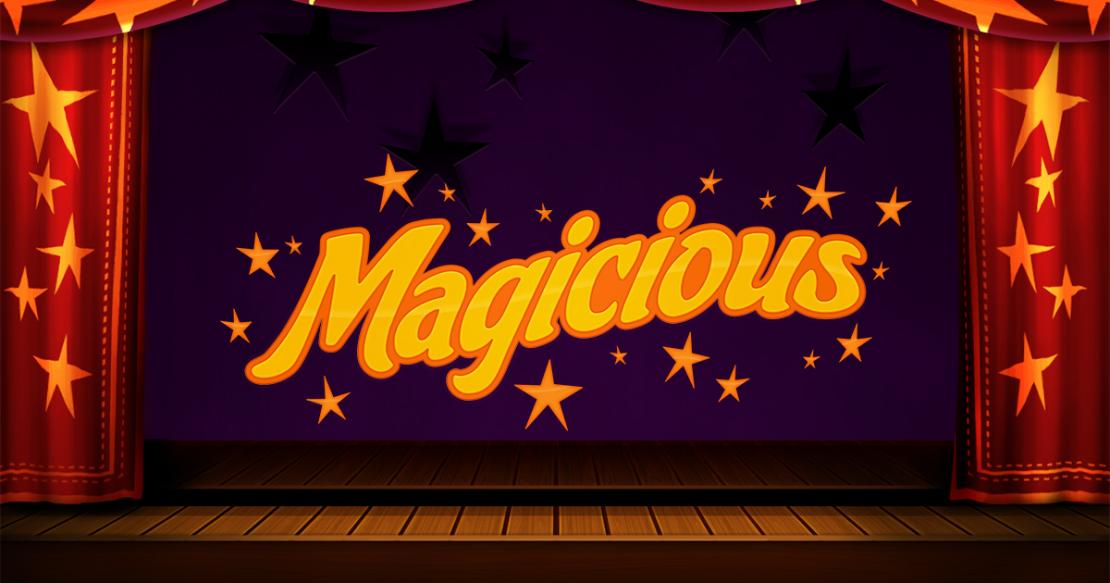