Mild Rockers is based on the story of a rock band, and they are the heroes of this 6-reel slot machine from Lightning Box Games.

Like a lot of other games that were released by Lightning Box Games in the past, Mild Rockers is also offering players something unusual feature wise, and it mostly has to do with the 6 reels which are employed. They come in different sizes, so they already have an effect on the way the slot looks. The graphics are related to the rockers and the music instruments that they use, at least on the reels. There, you will find the playing cards which have musical notes circling them, along with drums, keyboards, fans, logos and a couple of those musicians as well. The list ends with a pair of red lips, those of the lead singer’s I believe, which is a woman. The image shown behind the reels will have the fans, as they are attending the band’s concert.

Mild Rockers delivers 80 active lines on 6 reels, so it’s quite unusual for a slot machine layout wise. You will encounter inside symbols that behave as scatters or wilds, and which can bring you free spins and Encore spins. Apparently, the jackpot that’s awarded in this game can reach $12,500 in value.

The game is playable with 80 fixed lines, which require just 50 coins in your wagers each round. You have only the coin value to decide on, and their range will be $0.01 to $2.50. That way, your complete betting range will vary between $0.50 and $125.

The most regular wild symbol that you can get is going to be delivered via the Lead Singer symbol, the one with the female rocker with pink hair. She substitutes for the majority of the symbols that you get, and there are rewards to be received from her as well.

The Bonus Red Lips will be the scatters in this case, symbols that will pay the most in this slot and which will give you 8 free spins as well. For either one, you need between 3 and 6 scattered symbols on the 6 reels. When you retrigger the feature, with the help of special +1 Bonus symbols, you get Encore Spins that have extra wilds.

Mild Rockers is an interesting game mostly because it has those unusual features and the layout that’s not common at all. The theme is not unique, but it’s been well enough designed. 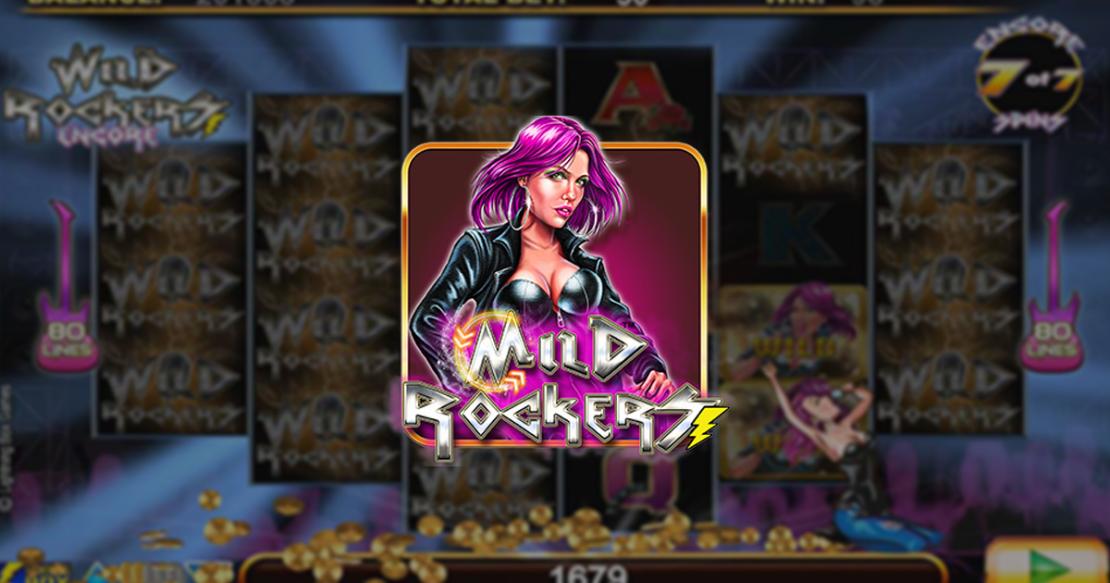