Neon Staxx, a slot that comes from Net Entertainment, has a futuristic design, making it look like the action is taking place in virtual reality.

The action in Neon Staxx appears to be taking place inside some sort of computer made landscape, with a grid design being imposed over the blue ground. I’m not 100% on the theme that the game is supposed to have, but at least it’s a different look than the one you might be used to, especially since the reels are placed at an angle. The game holds a total of 40 paylines on 5 reels, and it will pay up to $1,000.

The game’s unusual landscape gives you the impression that it’s a futuristic story that’s taking place here, with the symbols being playing cards that appear to be made out of colored metal, or images of various animals used as logos.

One of the major features here, Super Staxx brings you stacked icons, chosen at random and placed on the reels alongside the regular symbols. All the reels get these randomly chosen symbols, but how many of them are placed on the reels will vary from one spin to the next.

The symbol which will pay the most in this game is the wild, using its own logo to represent it. Have enough of these wilds on the same line, and arranged properly, from left to right, and you get paid up to 200x, or up to $1,000. Otherwise, the wild is a feature which you use to get more wins, since it acts as a substitute. Wilds don’t replace scatters though.

Having 3, 4 or 5 scatters present on the reels will get you 10, 15 or 20 games for free. Scatters are not required to appear on certain reels or positions, they just have to be present somewhere.

The unusual futuristic design of Neon Staxx will appeal to some, but it could’ve been handled better than it was. The game doesn’t pay large prizes, but thanks to the Super Staxx feature, it can give you lots of wins at the same time. 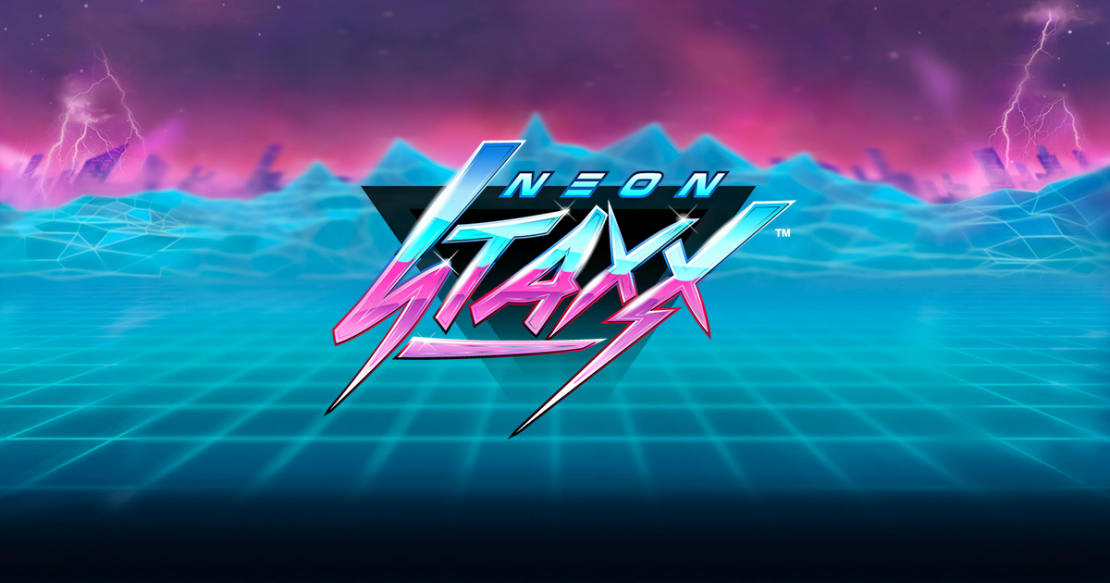 Listen to the Neon Staxx Soundtrack on Spotify