Nordic Heroes is a complex game from IGT, with elements of an RPG in it, allowing you to level up characters and fight monsters.

Nordic Heroes appears to be inspired by the heroes that the stories of the Vikings will often mention, the ones that will fight and kill monsters of the forest and the sea. Both mediums are present in this game, as separate realms with their own set of monsters. You have two heroes that you can use along the way, you fight monsters and you level up, you start to gain more money and you will have quite a few interesting features to use. The slot comes from IGT, it has 30 lines and pays up to 1,500x.

The design appears to be a decent attempt on IGT’s part, and you will find only themed symbols on its reels, images of things that might belong in the world of those fierce warriors. You have the heroes, monsters, weapons and various trees, toadstools and forest fruits. While it’s a good design, somehow it doesn’t do as great as I would’ve expected. There is enough room for improvement, but it’s still a perfectly decent slot to play.

There are a few very cool features in Nordic Heroes. One of them is the Mystery Multiplier Reel, which can trigger at random, and which occupies an entire reel, acting as a wild and applying a multiplier that can be as high as 30x.

Wild symbols are present as well, like in most slots, and they are marked with a specific logo. They not only substitute for others, but also form combinations of their own, paying the jackpot of 1,500x as they do so.

To access the slot’s most interesting part you need a Battle symbol, a scatter which is needed at the same time on the reels 1, 3 and 5. You trigger a battle bonus with it, where your hero fights a monster. He gains experience from this feature, and goes up in level. Higher levels will bring you more weapons for the hero, a realm of the sea, bigger payouts, higher multipliers for the mystery reel and so on.

It’s a game which tries hard to reward players that give it their attention in the long run. That’s why the leveling system is so important for it, because it makes the game more appealing the longer you play it. 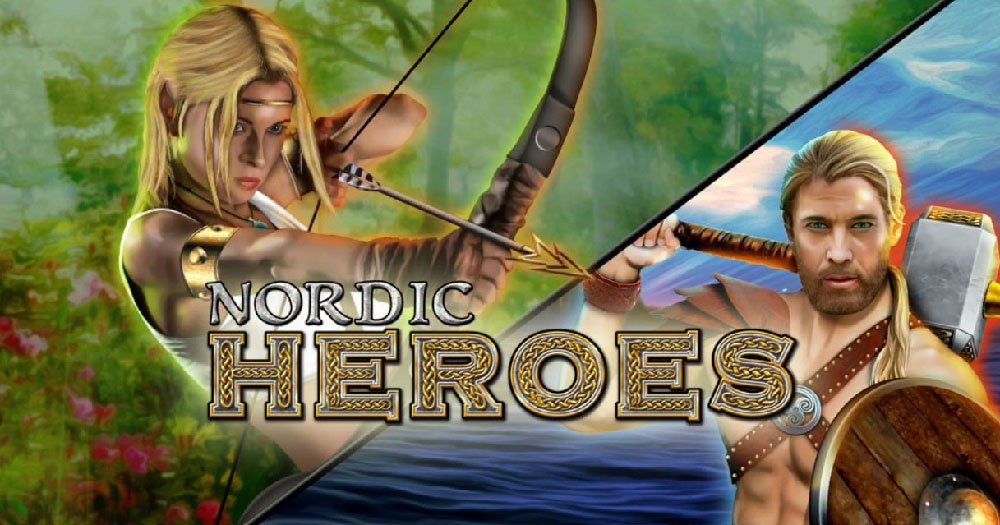