Quickspin’s Northern Sky proves once again that beauty makes for a great subject for a slot machine, particularly when implemented the right way.

Northern Sky will be found at Quickspin, a developer with a talent for creating great looking slots. The sky of Scandinavia is going to be particularly beautiful to see if you get there, thanks to the Aurora Borealis, and that’s what the game is trying to show off actually. Besides the Polar Lights, there is a focus in the game’s symbols that falls on the animals of the region. You don’t get typical foxes, bears, deer and owls though, instead the slot revolving around versions of those wild creatures which are made out of gemstones cut to their image. For each of the four wild animals, there is also a smaller gemstone of that color, available as a symbol that will pay less but which will complement the design style nicely.

Despite the advanced graphics of Northern Sky, only 9 bet lines are active during all your spins of the 5 reels. The Respin feature, free spins and collectable scatters make up the full feature list that is in play. There are big wins to be had, $4,000 being awarded at most out of a single win.

Moving on to the bets, these are standard for Quickspin releases, starting from $0.10 and getting up to $100. They don’t take the lines into consideration; the rewards being calculated based on the total bet instead.

The one symbol that is not showing you an animal or a gemstone, the bonus symbol, is marked as such and has a snow-covered mountain for its image instead. Collectable in a special meter, these symbols need to appear on the reels during a single round at least three times. At that point, you’re getting 10 free spins from them, which is a standard reward to be getting from them in a slot. The big advantage of the free spins is that the gemstones are removed, so you’re left only with high-paying symbols.

If that’s not enough to get your interest, then I’m sure that the Respin feature will do that. It’s triggered every single time that you have a winning combo, so you’re going to see it a lot as you play. The symbols from the win lock in place, and the respins try to add more of them to the combo.

Northern Sky has a lot of potential, as a slot with great graphics and some unique features that help make it stand out. 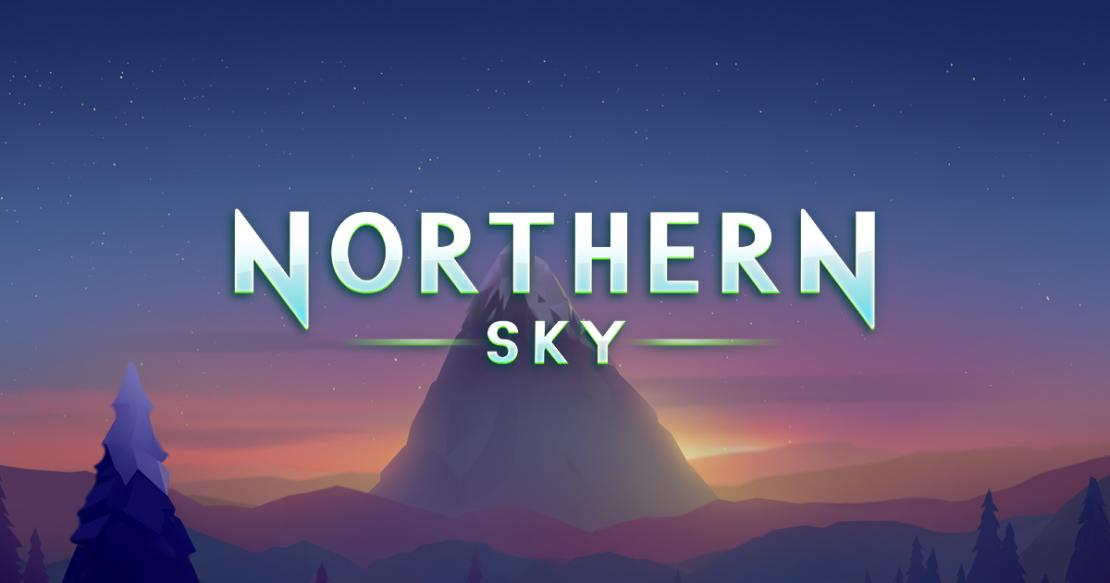