Power Gems is a gemstone themed game, which sports a futuristic design, yet remains quite simple looking.

Designed by Core Gaming, Power Gems looks like the sort of slot machine which is based on a futuristic design, yet at its basis it uses a very simple theme, which doesn’t give it too much room to maneuver. The images suggest a connection to space, at least based on what we’re seeing in the background, but on the reels you get gemstones that have a wide variety of cuts and colors, ranging from emeralds to diamonds. The design is modern, so it doesn’t look like an old gemstone slot, but there are still obvious limitations to how good it can look. Several logo symbols also exist, being the feature triggers, while the gems are regulars.

Those that play Power Gems will notice a standard look being used, which requires the use of only 10 fixed lines for its 5 reels. On the other hand, you have winning combinations which pay both ways, offering up to $12,500. The slot also delivers well when it comes to features, including its wilds, scatters and its winning spins in this category. You can also add the wild modifiers to the mix, including wild reels, colossal wilds and random wilds during random respins.

Having wild symbols on the reels can be beneficial to you in several ways. The main quality in which they’re going to pop up will be as replacements, and they will do that job whenever they can and are in the right position. Rewards of up t $2,500 are also advertised for them, if you get three to appear on the reels.

The Win Spins Logo is the bonus feature’s trigger, the one that you need showing up on the 1st and 5th reels. A total of 10 winning spins are delivered through it. Losing spins will increase the multiplier by 1x for each round that you go through.

Random wild modifiers are going to be triggered sometimes, in the base game, giving you access to the bonus feature, to random wilds, colossal wilds or wild reels, for the duration of a Wild Power Respin.

Power Gems looks like a much more impressive game once you take a look at its features, than it does if you check out its graphics only. 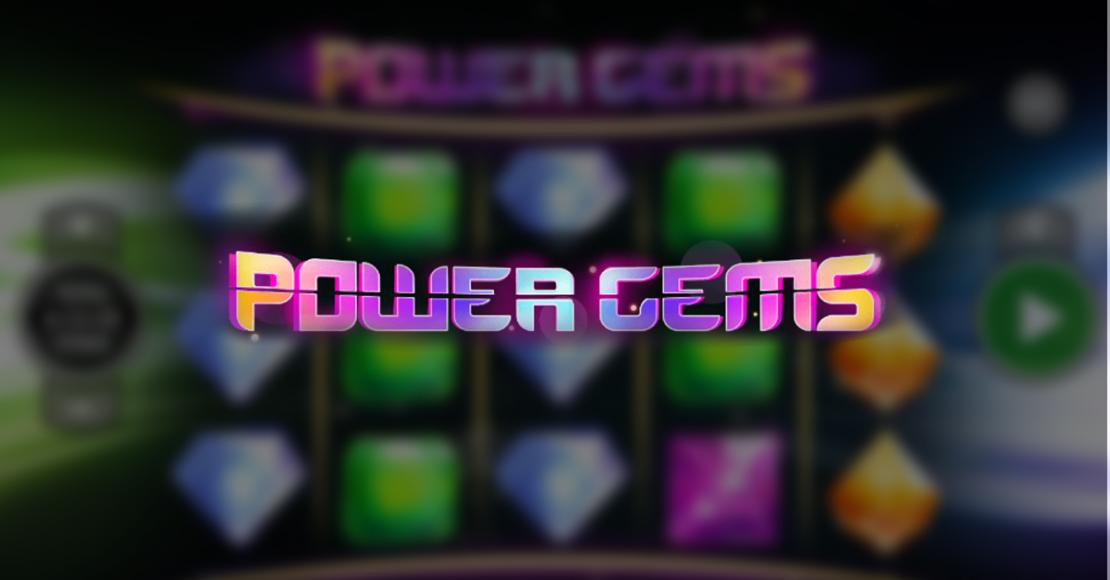