With mugs of beer, shamrocks, wild fruits and leprechauns all in one place, this could only be a modern version of the old Irish theme.

Rainbow Wilds is the game that Iron Dog Studio launched for the Irish theme, a topic that every single developer out there seems to want to get its teeth into. I’ll give this small developer points for the quality of the design, since it’s one of the better-looking slots to cover this particular theme so far. There are plenty of Irish inspired images in there, including the red-headed leprechauns that sit next to the reels, but on them the symbols range from harps to golden birds, hearts, mugs of beer and plenty of berries, shown in clusters as they’re hanging from branches. Add the shamrocks and the horseshoes that are found in other symbols, and you get the full picture of the game.

Rainbow Wilds manages to deliver 1024 ways to win, and based on that you can already tell that it’s a 5×4 reels title, since that’s the standard size that will accommodate that number of combinations. Expect to win up to $2,400 in one go. Along the way, you have various wild symbols, free spins with increasing multipliers, scatters and Tumbles to take advantage of.

The wagers are set so that they can cover all ways to win, and the equivalent of 50 lines are used for this purpose. You have bets that range between $0.50 and $50, which means that per line you spend $0.01 to $1.

After any winning combination, there will be Free Tumbles employed, which will destroy the involved symbols and will allow others to tumble down. Extra Wild Stars are increasingly likely to occur at this point.

The last four columns may get Wild Stars, the substitutes that you can use to replace all other symbols.

Sticky Wilds have the Pot of Gold image and they land on reel 3, becoming sticky there if they’re included in winning combinations. It’s sticky until the tumbles finish triggering.
There are expanding wilds to be had as well, with the letters of WILD on the symbols. The reels 2 to 5 may get these, at random.

To get into the free spins, you need multiple tumbles to occur one after the other. You can get up to 20 free spins and up to 6x multipliers, if you have up to 8 successive tumble wins.

Rainbow Wilds is a pretty fun release, in terms of features and design quality, even though the theme is an incredibly common one. 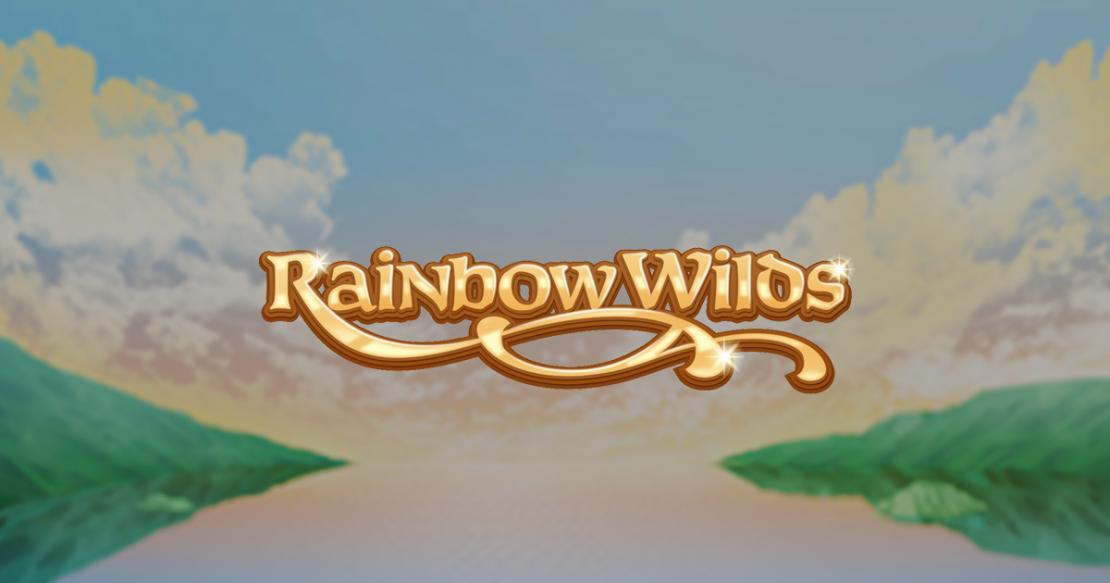