Designed by Quickspin, Second Strike might not give you the most modern theme, but there is no question about the quality of the symbols and the features provided. It’s a game with 10 paylines, which many might consider a small amount, since you’re not going to get a lot of wins out of it. Hopefully, the ones you do get will be nicely sized.

Second Strike has a very classic theme to it, even though the layout is a modern one. The name actually comes from its features, not from the symbols and images shown inside. The symbols mostly consist of fruits and symbols of the same classic heritage. That means having blueberries, watermelon, golden stars, golden bells, plums and other similar icons present.

Like in every other game from Quickspin, you have the number of bet lines displayed, which is 10 in this case, and you can only decide on the value of the total bet. You access that part by clicking on the Total Bet section, and it will open up, allowing you to select the bet that you’re comfortable with. If you want to know how much the line bet is, divide the total number by 10.

The feature which gave the slot its name is called Second Strike. It is activated whenever you have a winning combination form on the reels, while the symbols displayed in the area from the top of the reels match the ones that are forming. You get the Second Strike if that happens, and additional symbols of the same type are added to the reels, hopefully bringing you additional winning combinations. Between 6 and 10 extra symbols are offered at this point, so you can end up with the reels being almost fully occupied by matching icons.

You might not be a fan of the theme choice, but the feature and the quality of the design should make up for it at least in part. 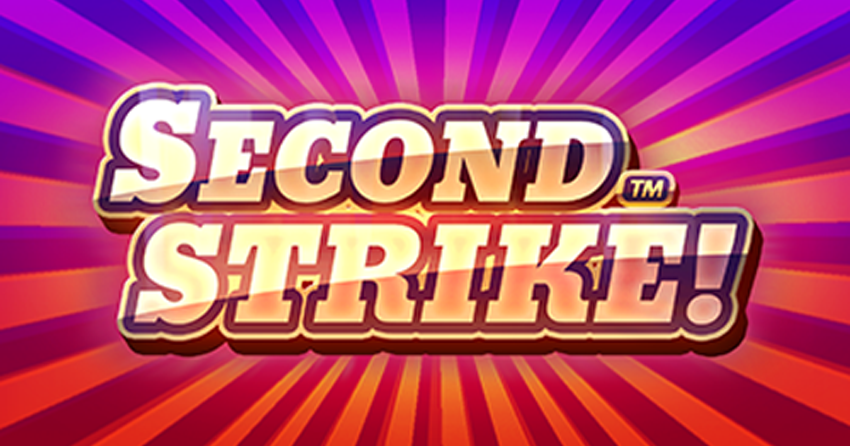