Spin Sorceress is a recently released slot machine from NextGen Gaming. It’s also a game with wildlife and fantasy inspired graphics, which relies on features for the most part to make itself attractive. It uses 243 ways to win, it has a SuperBet option with huge multipliers and quite a few other interesting options.

Thanks to the title, you should have a pretty good idea of the kind of theme you’re getting in Spin Sorceress. Taking place in a world where magic is possible, its reels are occupied by things like crystal formations, crystal balls, the sorceress and some kind of magic cubes. Add a wolf as well to represent the nature part, and you get a full picture of the themed part of the slot. The downside is the presence of a large number of multi-colored poker cards among the symbols, which have no connection with the game’s theme.

One thing to keep in mind in this game, is that even though you have 243 paylines/ways to win to deal with, you don’t actually use bets with that many coins. 25 coins are used instead to cover them all. The only option left up to you is related to the value of the individual coins, and you can modify it from the Up and Down arrows available on the left.

The game allows you to cast a spell over the wild symbols of the slot, by using the SuperBet button. There are five levels of the SuperBet, which can bring you multipliers as high as 50x for the wins that the wild helps form.

To trigger free spins, you need the Magic Cube scatter on a minimum of three positions in the same spin. You receive 10 free spins from it, during which you have guaranteed wilds present during each round. 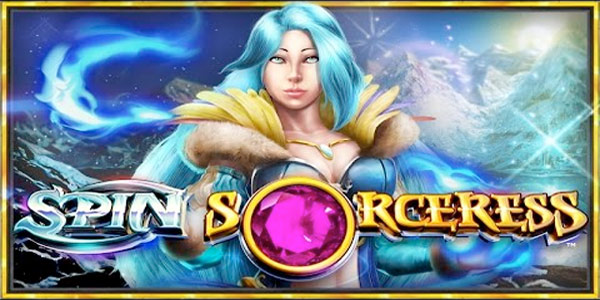