Taboo pays reasonably well, its biggest reward going as high as $100,000. You should expect to find in it scatters, wilds that will expand, bonus symbols and a Triskele Wheel feature that can end up paying extremely well. You will discover a 5-reel slot here, with 25 active lines.

Taboo gives you full control over what’s going to happen in the bet section. You pick how many of the 25 available lines will be used, the number of 1 to 10 coins that will be selected for them, as well as their value, which reaches $1. You could spin the reels with as little as $0.01 if you wanted to, but you could wager up to $250 as well.

The scatter, which will show you the woman’s feet, is the only one that delivers a cash prize directly, out of the feature symbols. Appearing randomly on the reels, it pays up to 50x total bet.

A more important feature here is the expanding wild, the one that you see only on the three middle columns. It can replace one scatter, but not a bonus symbol.

3 bonus symbols visible on the reels will take you to the Triskele Wheel Game. It has up to 25x payouts, along with an option to advance to a picking game called Red Room, with 5 levels of its own.

Taboo is a very interesting game, and its theme is an example of the ways through which Endorphina has managed to stay competitive in this market. 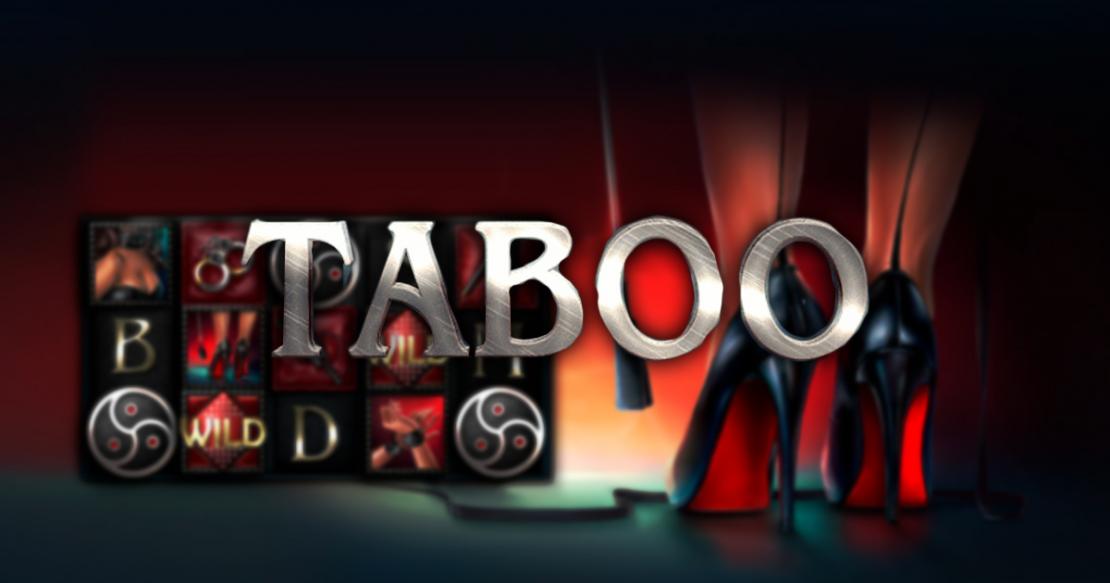