Epic Journey is a game from Quickspin, which takes you on an adventure into the depths of Earth, while playing on three sets of reels.

Epic Journey is one of the few games to offer more than one set of reels on the same screen. It actually offers three sets of 5 reels, each one with four symbols per column. There are 100 paylines total in this slot, and the payouts on them go up to $500. The theme of the game appears to be inspired by a journey to the depths of the Earth, with a machine that can drill into it, taking the player on a trip through long forgotten lands, even some where dinosaurs still exist.

I loved the design that Quickspin created for Epic Journey. It really does look epic, with the explorers being among the symbols, along with different precious stones, while in the background you see a land where dinosaurs survived, deep within our Earth.

A bet in Epic Journey is not done on a specific payline, and in Quickspin slots in general the only option is to pick the total value of the wager. You can take it from $0.80 up to $80, and the game will consider your line bet to be between $0.01 and $1. You seem to be getting a bonus here, since you’re betting $80 on 100 paylines.

The regular wild shows you that exact word on its logo, and it’s a symbol which is used to replace all symbols, with the exception of the ones with special abilities. Wilds also pay up to 500x, when they form their own paying combinations.

The Bonus Pick Screen is a feature that needs the Drilling Machine to be triggered. You need three symbols of this type, to get the feature. You are asked to choose a rune stone, and you will be offered one of four types of wins. One of them is a coin win, the others are bonus games and free spins. You can get Safari Free Spins (10 free games and multipliers of up to 5x), Mushroom Forest (picking bonus game) and Fossil Hunt (3 spins during which you have to collect shovel symbols).

Epic Journey looks impressive, and it’s the merit of Quickspin, a developer that has plenty of slots which you shouldn’t be missing out on. The three sets of reels make it different already, but they didn’t stop there and made sure the features were great as well. 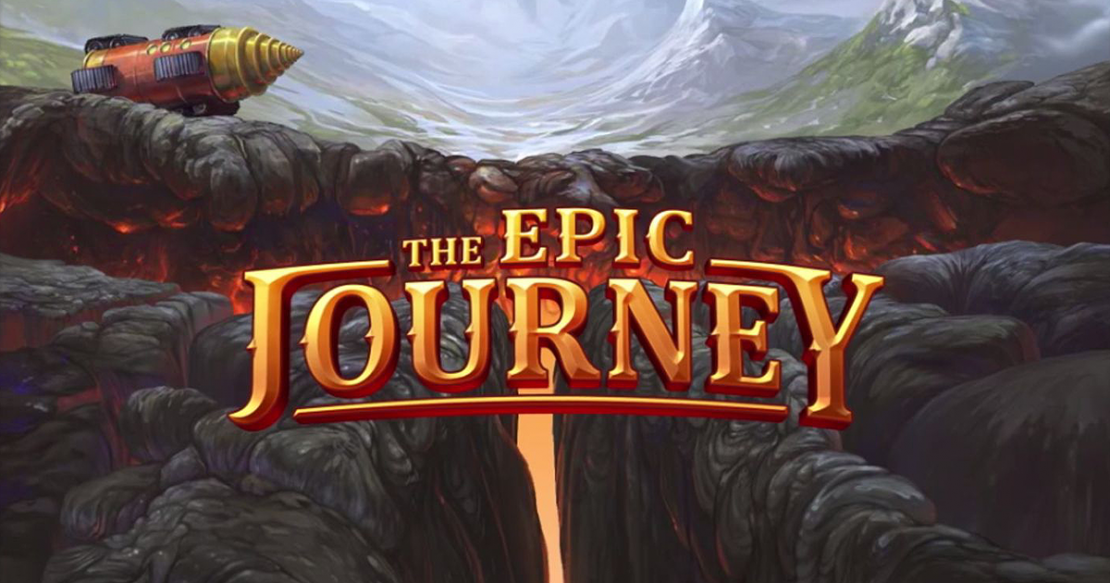