This Thunderkick release is based on the idea of using falcons for hunting purposes, and the action takes place in Mongolia, with a female hunter in the main role.

Thunderkick’s gotten us used to unusual slot machines, and The Falcon Huntress is no different. It sports a unique theme, which is something that most slot machines can’t claim to have these days. Thunderkick found something interesting to put on those reels though, the game’s action revolving around a woman from Mongolia, a huntress that’s using falcons to help her do her job. Falcon hunting is an ancient activity, and it’s especially interesting when it’s implemented like it is in this case, with a focus on the customs of people like the Mongolians. As for the symbols, those include images of the falcon, the huntress, feathers, eggs and the holders of the bird. Of less interest are the playing cards, but even those will look like they were handcrafted by Mongolians, so they’re still cool.

The Falcon Huntress is not a game that will give you a lot of opportunities to win, just 9 lines being fixed on the available 5 reels. The slot’s 96.1% RTP is partially attainable with the help of the jackpots of up to $50,000, and partially with features such as wild/scatter icons and free spins with expanding winning symbols.

The betting is done in the usual manner for a Thunderkick release, with set values that range between $0.10 and $100. It’s the same betting system that every slot of theirs will employ.
You get a single feature symbol, the Falcon, and you’re going to see it being used in a couple of ways. It’s a wild symbol first of all, since you can use it in that quality even if it only appears once on the reels, provided that the right payline gets it.

Second, you also have it in the scatter’s role, so by landing it at least three times in random locations you can get the bonus game from it. It’s going to consist of free spins, and once inside it will serve in the same role, being capable of retriggering the feature. This symbol is also going to deliver rewards of up to 200x total bet.

The Expanding Win is a feature that is available during regular and free spins, though it occurs randomly in the case of the former, and all the time for the latter.

The Falcon Huntress is giving us a unique theme, several features that I found quite interesting, and an above average RTP. Plenty of good reasons to try it out, then. 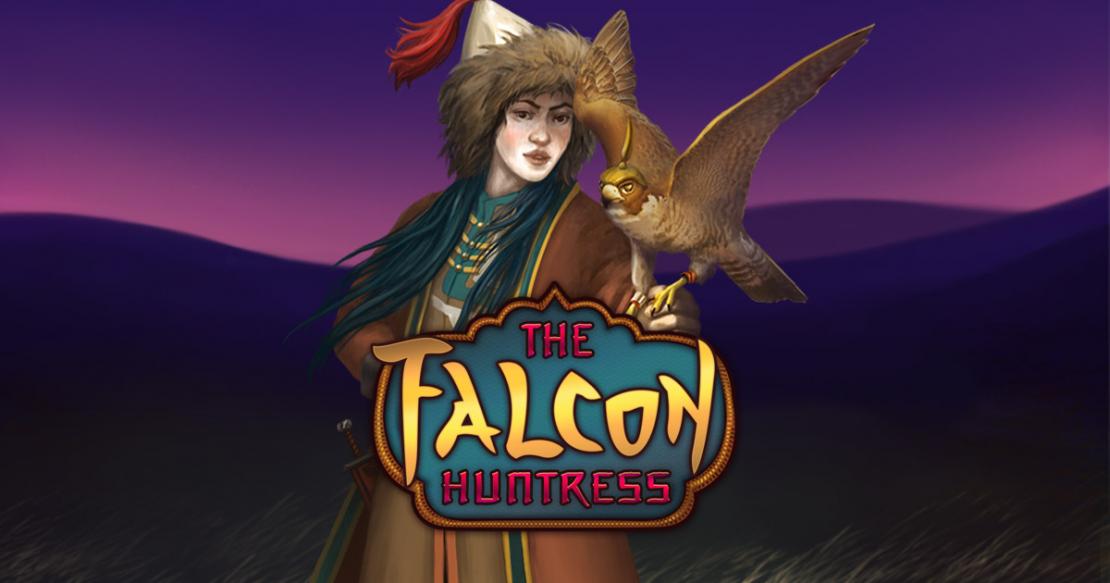