The Three Musketeers is a slot from Quickspin, based on the popular novel by Alexandre Dumas.

The novel with this name is famous around the world, a book that a lot of us grew up with. Written by Alexandre Dumas, the novel on which this game is based tells the story of D’Artagnan, a young man that leaves his home in 1625, and he gets in all sorts of adventures in his attempt to join the Musketeers. Accompanied by Athos, Porthos and Aramis, he gets into a lot of trouble, finds love and fights his way to a position in the guards. You can read all about him and his musketeer friends in the series of novels which covered their adventures. The game gets 20 lines, and it can offer payouts of up to $2,400.

I enjoyed the design of The Three Musketeers very much, and I’m sure you will feel the same. There are very well designed images with characters from the novels, and alongside a couple of playing cards which look like handwritten letters from old books. The background picture shows the countryside, with cultivated fields and a castle, while all around the reels you will find beautiful red roses.

The slot uses 20 coins for the 20 lines, plus another 5 coins for the feature bet. Each coin can have a value of up to $4, and you get only the option to change the total value, which goes up to $100.

The wild symbol has a Joker on it and it appears stacked, taking over multiple positions on a reel usually, even the entire thing in some cases. It doesn’t replace a bonus symbol, but it works with all others. If an entire reel becomes wild thanks to it, it will apply a multiplier as well, which will be anywhere between 1x and 4x.

The bonus symbol has a sword on it and it will have to appear three times on the reels, in order for the slot’s feature to begin. With three icons, you get a cash prize of 3x the bet, plus 10 free games. If you get wilds during the free spins, they will nudge into place, either up or down, so that you can get new wins. You can also get a combination formed with all types of musketeer symbols, as they act as wilds to each other at this point.

I’ve seen only a couple of slots with this particular theme, but they’ve all been great titles. This one, from Quickspin, is in that category as well. 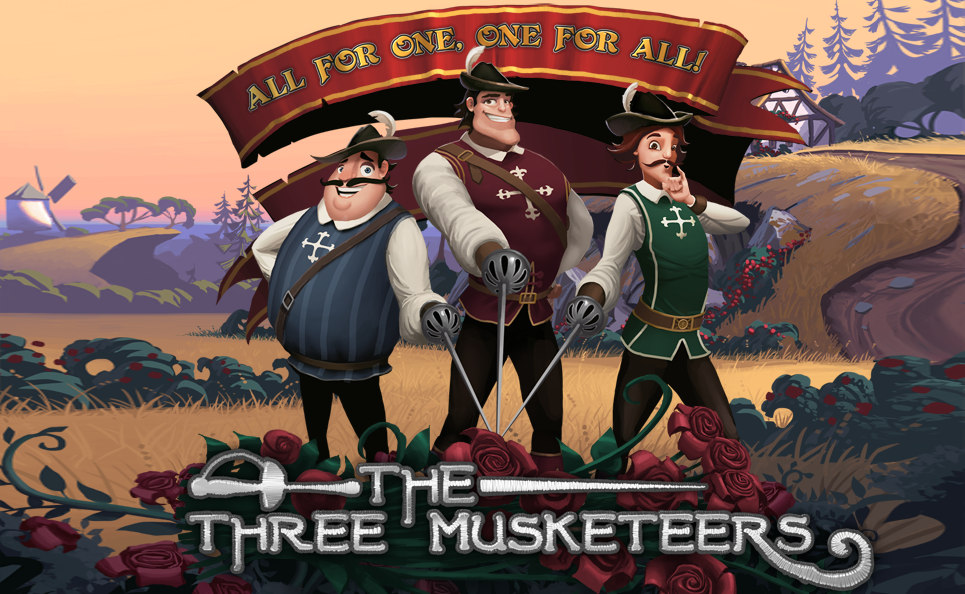