Titan Thunder appears to be a game inspired by the Titans of the Ancient Greece mythology.

Created by Quickspin, Titan Thunder is a very special game, and its theme isn’t the only one to make me say this. It’s also the list of features that the game has, along with the possibility to unlock a sixth reel in certain situations. There are five Titans on the reels, while the rest of the symbols have gemstones of different colors and shapes on them. The slot has 50 paylines and can pay up to $2,000.

I’m not a big fan of the gemstones which are so often seen on the reels here, but the slot has plenty of other advantages, and the overall quality of the design seems very good. You have the Titan icons on one side, with the gemstones on the other.

A Titan Thunder feature can be part of the game and it can be triggered randomly while in the main spins. It will add the 6th reel to the slot, which is usually masked with the Titan Thunder logo. The feature will add up to 8 lightning wilds to the reels as well. Combinations all offer payouts for up to six symbols, even though most of the time you would be playing only with five reels.

The Wild symbol is the one you can expect to get the top jackpot from, and it will offer up to 1,000x the line bet when it has up to six symbols on a payline. It’s also a regular wild, which you use as a substitute for other regular icons.

The next symbol to look forward to is a scatter, with the Lightning Logo on it. When you have at least three icons of this type present, you will be given a prize worth 3x the wager, plus 8 free spins. The Titan Free Spins have all six reels active. One of the Titan symbols becomes a wild during these spins, and you will know which one does this by the fact that it turns into a Golden version. One of the Titan symbols is also chosen each round, to appear in a 2×2 version.

You’re not going to find it easy to locate slots which can switch from 5 to 6 reels, so Titan Thunder does offer some things that others don’t have. It makes it more difficult to get a good win though, plus it also has rather low top payouts unfortunately. 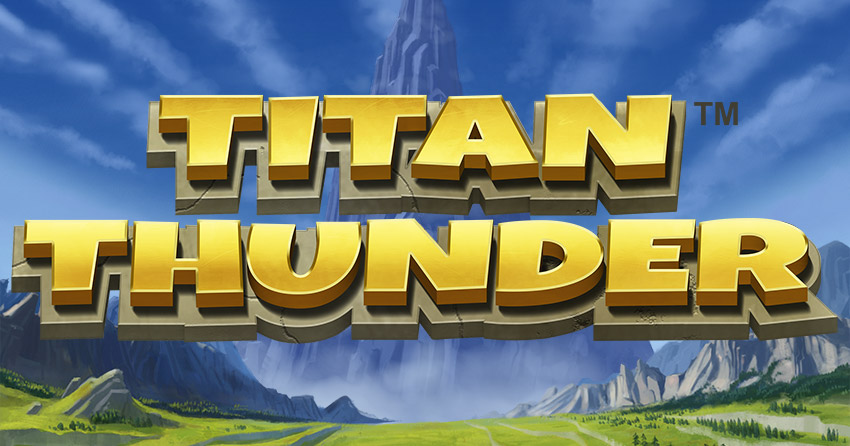