Designed by Microgaming, and being one of their more recent slot machines, it shouldn’t be a surprise that the design of Titans of the Sun – Hyperion is made to impress the player. The game’s graphics are inspired by the Sun and by Ancient Greece deities. It offers only 15 paylines, and since the bets aren’t too big, the prizes don’t go higher than $5,000 either.

The Sun is at the center of the action in Hyperion. The name Hyperion belongs to one of the Titans, ancient Greek gods that preceded the group of Olympian gods that were led by Zeus. Having the original two gods as parents, Uranus and Gaia, Hyperion is considered to be the father of Helios (the Sun) and of Selene (the Moon). The design of the slot seems to be inspired by Ancient Greece and its temples.

The Bet section in Titans of the Sun – Hyperion will give you 15 lines that are active all the time, and which can receive bets of $0.01 to $1. It makes use of up to 10 coins, whose denominations will only go up to $0.10. The result is a $15 maximum bet, which should be accessible for most people.

One of the things to watch out for in this game is the stacked mystery symbol, the one which has the Sun on it. They transform into randomly chosen symbols, either low or high, but not into wilds, at least not in the base game.

The Couple symbol is a scatter which rewards you with 15 free spins when a minimum of three such symbols appear in random positions in the game. You also get paid with their help, the rewards being anywhere between 1x and 100x the bet of that last round.

Finally, the slot’s logo is the image which is chosen to be the wild feature, the one that offers the biggest payouts and which serves as a substitute for most symbols. 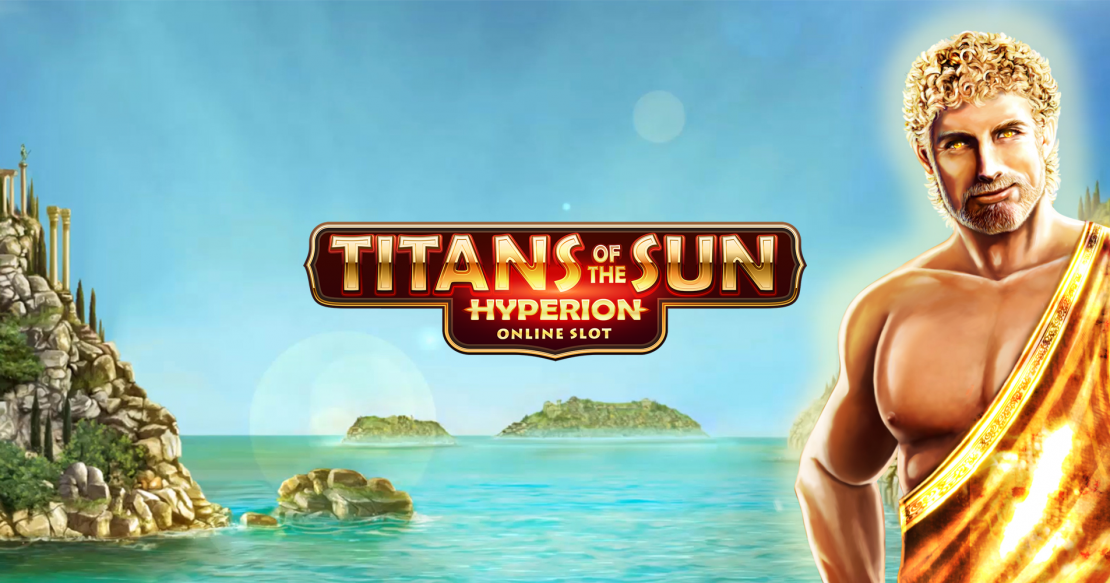 Titans of the Sun – Hyperion