Volcano Riches is a Hawaiian themed title from Quickspin, and obviously it’s also a game where riches are promised.

In the case of Volcano Riches, the player will get a slot machine with a theme inspired by Hawaii, its gods and volcanoes. While the background image shows you the lava between rocks, seeping to the surface, on the reels you see aspects of the local life. That means that you get images of dancing men and women, of the Volcano goddess, but also of Tiki statues in others. Most of these are stacked symbols, but the feature triggers are regular-sized and show things like volcanoes, logos or representations of the Sun out of gold. You can count on Quickspin releasing a good-looking game, as they always do, so watching the symbols of Volcano Riches is a pleasure.

You receive a lot of chances to form combinations in Volcano Riches, thanks to the 40 active lines used each round. It’s a 5 reel game, which will pay up to $2,500 through its single combinations, and up to $100,000 in one round. You can get stacked symbols, wilds of two types, scatters and free spins, as the game’s features.

Your bets are going to follow the same line as every other Quickspin game I’ve seen. The bet menu opens up to reveal a list of possible bets, and they start at $0.20 and end up at $100.

Two variants of wild symbols are available in Volcano Riches. One of them is going to pop up only on reel 3 during regular spins, and on reels 2 and 4 during free spins. When it shows up, it triggers a feature called Volcano Wild.

The regular wild is a substitute and it pays up to $2,500 if it forms combinations of its own, while also being available to replace others.

You can rely on the Gold Sun scatter, if you want to get into the free spins. These symbols will be visible on the middle three columns and by appearing on all of them they can trigger for you 10 free spins. Once inside, you no longer get access to the scatters, but the Volcano Wilds can now land on two reels, boosting the chance of triggering their feature.

Volcano Riches has interesting potential for a Quickspin slot machine, it has the right mix of features and the usual high-end graphics that the developer is known for. 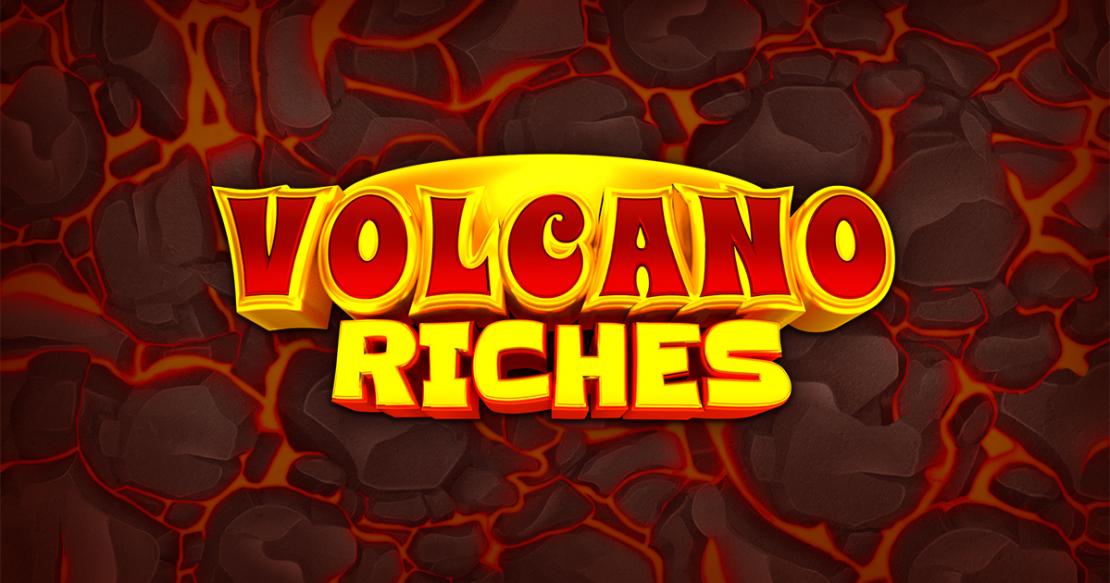