One of NetEnt’s releases, it’s futuristic and has its own style, offering various cool features as well.

Wild-O-Tron 3000 appears to be a robot themed game, with the symbols appearing stacked and occupying as many as three positions on their reel, if they’re fully visible. This results in robots being partially visible a lot of the times, which isn’t necessarily something that’s in their favor. Otherwise, they’re relatively well designed, some being polished and colorful, others looking like they were designed to act as soldiers or to clean the trash. Outside the reels, you have a metallic border, with a factory machine to the side, some sort of console used to control the robots. While there is nothing really wrong with the design, I feel like it’s not reaching the potential of some of the other NetEnt slots from the past.

5×3 reels will be seen in the game area, and they will be used as support for 20 fixed paylines. You get all sorts of cool features, ranging from extra wilds, to regular ones or the stacked symbols which are everywhere. A top win has the potential to reach a value of $100,000, which would be just 500x the stake.

You can set up a bet here in the same way that you’d do it in every other slot machine from NetEnt. The lines may be fixed, but you have the Bet Level to decide how many coins are used (1 to 10) and how much they should be worth ($1 is highest). As it stands, the full range of your bets is $0.20 to $200.

The majority of the symbols you’re going to see are stacked and regular ones, so they can form combinations if they match on a line. There are seven types of stacked robot symbols in total.

A W logo is your wild symbol, a regular sized icon which you will be able to include in the new winning combinations that you form. These are replacements for other types of symbols, but they also pay on their own, and at 500x their reward is the highest that the slot will offer.

There is also the Wild-O-Tron feature to look at, which triggers at random. This one will turn one of the six symbols into wilds, in all instances where it appears.

Wild-O-Tron 3000 is on the simple side, but I’d still expect it to be interesting to a lot of players, as the quality is good. 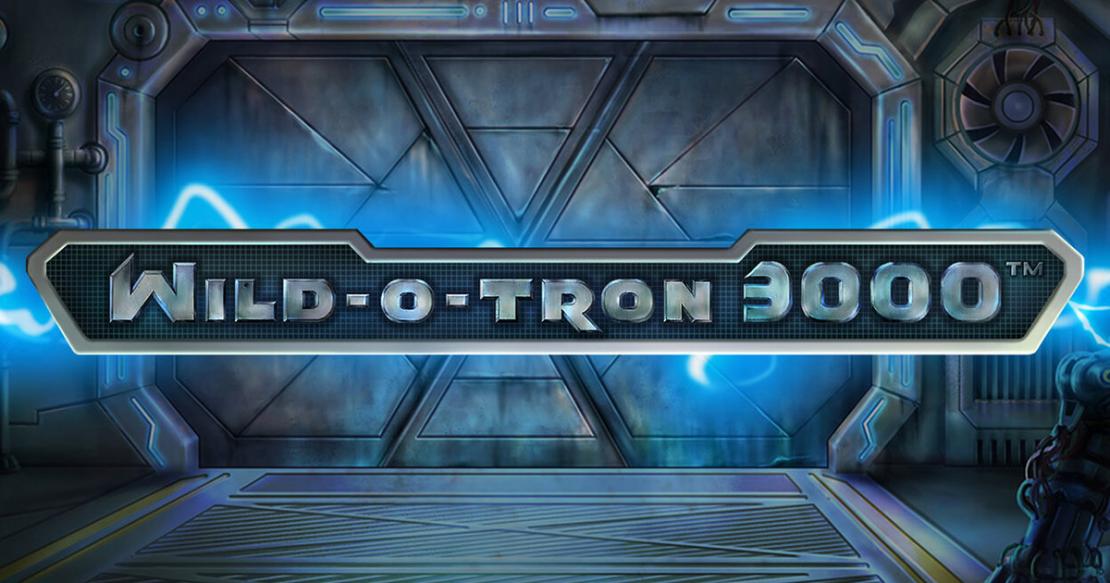