Wins of Fortune has a theme which is a mix of Chinese culture and fantasy, the result being a slot machine where you have pig and monkey gods present, among others.

Wins of Fortune has roots in the beliefs of the Chinese and in their history, but there is an element of fantasy built in as well. There are already monkey gods and pigs mentioned in the legends of China, so the fact that we see them as characters on the reels shouldn’t be a surprise, especially since there are other games that do it as well. Other images found on those reels include the Emperor and the image of a blue skinned god apparently. The lesser symbols are with gemstones that come in a couple of different colors. It’s got an excellent design, with an unusual layout which has reels of different sizes, while in the background you see an image with mountains, lakes and Chinese buildings.

One of the unusual things about Wins of Fortune is that it offers between 76 and 259 ways to win to players, with top rewards that can get to $250. Among the features of this very special slot, you have the wild symbol, Respins and Super Respins.

The game’s 5 reels aren’t of the same size, and they can vary during respins, so you get a different number of ways to win, but the wager will always be the same. You can select a bet of $0.20 to $100 for your spins, and the slot will automatically modify the paytable values so you know how much you can win.

The base game gets 76 ways to win, but during respins you will find that additional symbols are added to the reels, so by the fourth respin you can have 259 ways to win working for you.
The Wild Logo is the only regular feature, the one you use to substitute for any other symbol in the game, no exceptions in this case.

Any win that you form in this game will bring you a free repsin, with an increased number of ways to win. The symbols that are in the win will move to the left by one position, while the others stick in place. Once you’ve gone through four regular respins, you get a Super Respin, where the winning symbols are the ones that stay put.

Wins of Fortune has the right graphics for a modern game, has a cool theme and some unusual but interesting features. 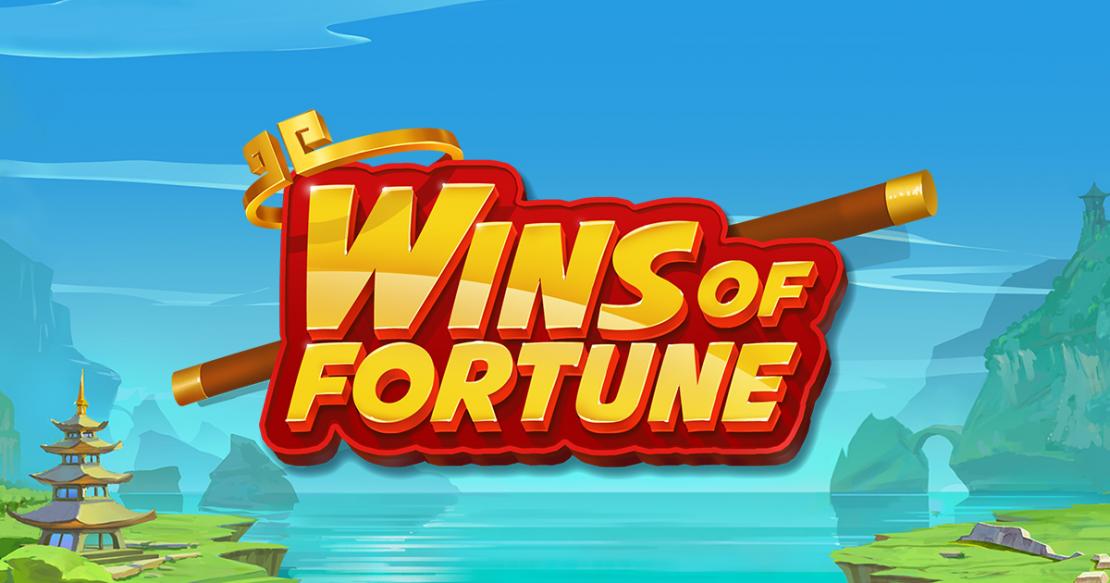