Nordic mythology is at the basis of Age of Asgard, a new Yggdrasil slot machine with medium volatility.

The slot is inspired by the mythology of the Nords, and it comes from a developer with Swedish roots. Yggdrasil’s name is itself based on the legends of the region. The symbols you get range from warriors and beasts, to various rune-like icons. The quality is very good overall, and the background image manages to add to its look as well.

Age of Asgard is a game which has 5×4 reels and offers 40 lines during its regular spins. There are 2,444x top payouts on the line, which is pretty good for a medium volatility slot machine. From stacked symbols, to wilds that can clash on the two sets of reels, or free spins of two types, you have a couple of features that can end up making the slot quite interesting.

The slot has a double game area, two sets of reels placed on top of each other, each one with 5×3 reels. There will be female warriors in the top game area, while the villains show up on the bottom reels.

Each game area comes with its own version for the wild symbol, the top area getting a golden warrior, while the second one has a golden beast. These are stacked wilds, which will end up covering a full reel in each case, as they get nudged into position. They also can Clash, if the same reel has a wild on it in both areas. This will send random wilds in different positions around the reels, transforming high value icons when landing on them.

10 free spins can trigger when you get three scatters at the same time, on either the top or the bottom area. The two game areas merge for this feature.

An alternative is the Ragnarok Spins, for which you need scatters appearing 3+ times on both sets of reels. 20 rounds trigger, with only high value symbols in use.

I enjoyed the mix of features in Age of Asgard, and the unique gameplay style contributes to making this a fun game also. 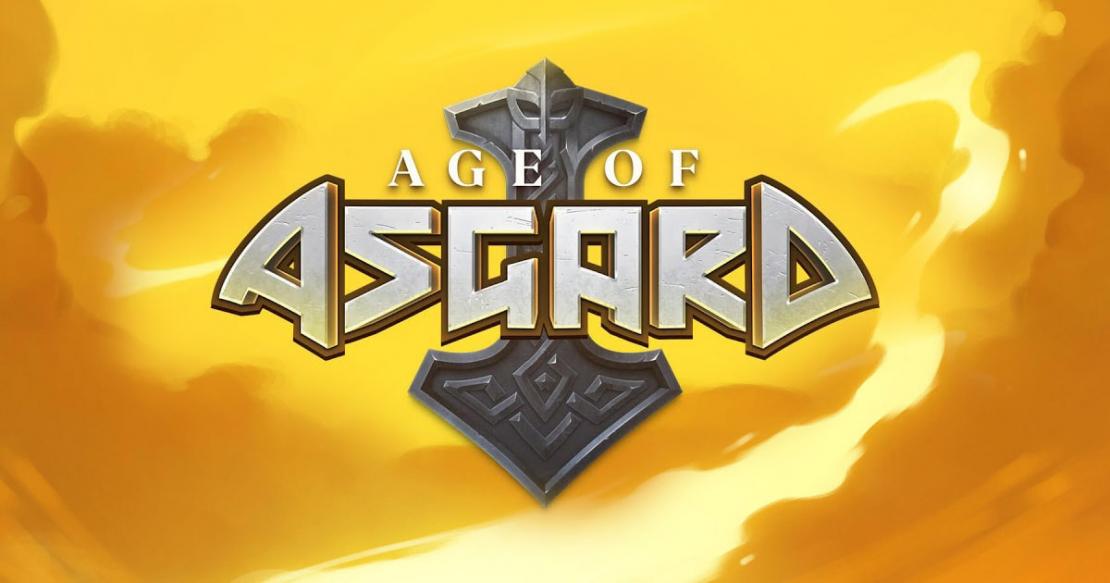