Bullsye is both a slot that is themed around the game of darts, and a branded title which uses the TV game show with the same name as inspiration. It’s created with official permission from the producers of the show, and you will find related images in many of the symbols which are part of it. A bull is the hero of the game, used instead of the comedian that is the host of the show. The design isn’t one that I’m crazy about, but it will do for a real fan. It offers the 243 ways to win that so many games give you these days, while top prizes are worth up to $7,500.

The title of the game will tell you a lot about the things it focuses on. First of all, the hero is a bull, and he’s playing a game of darts. It’s inspired by the Bullseye TV show, which has Jim Bowen as a presenter and which revolves around the same darts game. The bull is the mascot of the show, and his name is Bully. The symbols are either related to the show or to the prizes that the contestants can win, among which you will discover cars, RVs and speed boats.

Three types of feature symbols are part of the game. One of them is the stacked wild, which substitutes for regular icons only and which is not allowed to help out with the other two special icons.

Another would be the Bonus Dartboard, which gives up to 400x in prizes and which triggers a bonus game where you get to throw some darts and get prizes.

Finally, there are the ever popular free spins, 15 of them and with all wins doubled. The requirement is the usual 3+ scatters. 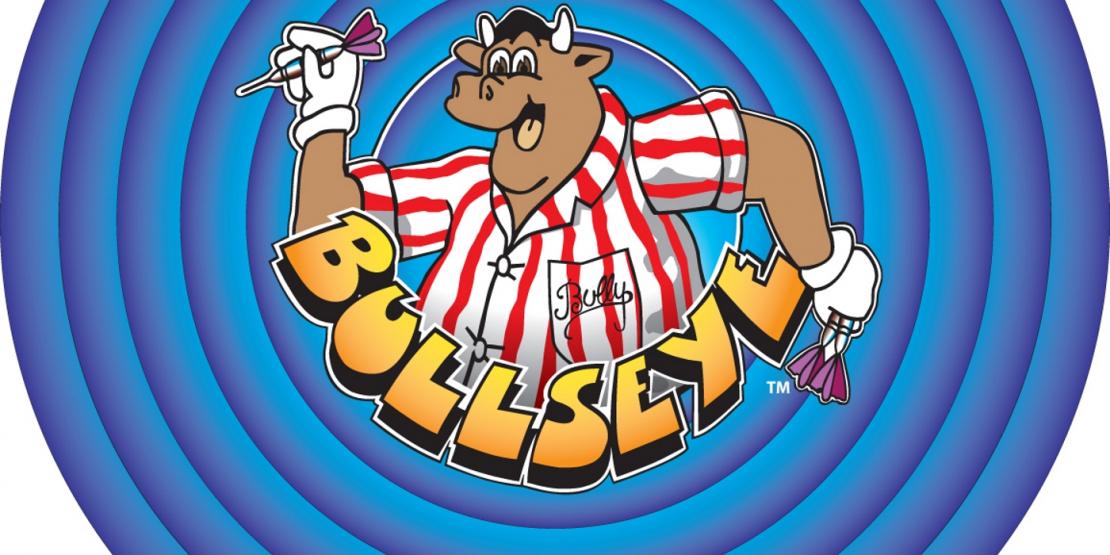