Cash Camel is iSoftBet’s game and it’s a simple Middle Eastern themed title, with a camel in the main role.

Cash Camel respects the tradition of the games with good graphics that are coming from iSoftBet, the developer building up quite a reputation over the years for well-designed slots. It’s not an overly original theme, but iSoftBet makes it its own and turns a Middle Eastern camel into a charming character. It’s mixed on the reels with a cactus character called Wild Wally and with other symbols, such as snakes, coyotes, lizards or scorpions. They missed the mark on the low-paying symbols by going with playing cards, but that’s not something that they’re alone in doing. All in all, expect a decent design out of Cash Camel, so this part of the slot they did alright by.

You get to play Cash Camel with 5 reels and 20 win lines. You get paid up to $50,000 per win, while for features the slot delivers its scatters, regular wilds and Cash Camel Free Spins with stacked wilds and multipliers of up to 10x.

The slot is playable with 20 coins in each bet, but you are given a lot of latitude when it comes to the coin denomination. Starting out from $0.01 and going as high as $10, the coin value will give you a betting range of $0.20 to $200.

The Wild Wally character, which looks like a cactus plant with a Middle Eastern outfit, will serve in the substitute’s role. You have it in the game so that you can use it as a replacement for other types of symbols, though only for the regular ones.

The Camel is the scatter, the other important symbol that you can use as a feature. Three symbols with the Camel will be sufficient to trigger the free spins, with 10 to 30 rounds awarded. Retriggering is possible even with a single scatter, and depending on the actual number you can get 1 to 30 additional spins.

The most attractive extra feature of the free spins is the presence of the stacked Wild Wally on reel 3. If it lands there, it boosts the multiplier for the free spins by 1x, and it could go to as much as 10x in total.

Cash Camel looks like a pretty good slot machine, using good graphics and big multipliers to make the action exciting for its players. 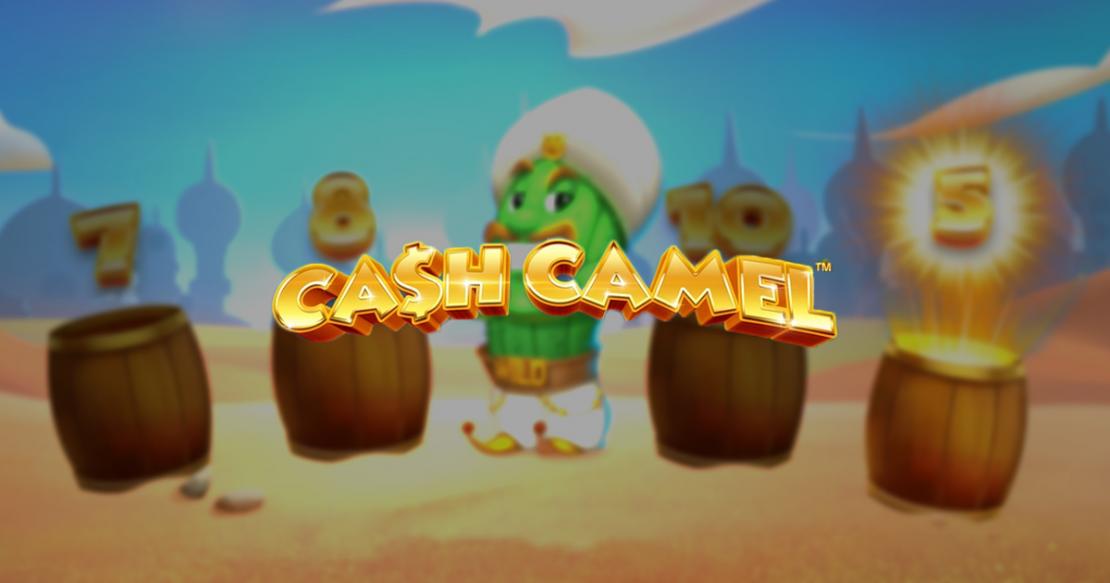