Devil’s Heat is a game that seems to be inspired by temptation more than it is by hell, though the devil does seem to appear in the main role.

Devil’s Heat is a game that is proposed by Booming Games, one of the many that use the devil in the title, with even more being inspired by hell in one way or another. The temptation aspect seems to be the chosen one in this case, since on the reels the images are mostly with attractive women, with a sexy she-devil and with the devil himself shown as a man that’s wearing a suit. Additional symbols in the game are with poker cards, logos and a devil heart, which has horns, tail and wings. The symbols showing women on them might be attractive, but overall the design is not one that will be considered impressive.

The slot’s getting just 10 fixed lines for its 5 reels. Scatter symbols are present alongside wilds, plus the game can also get you free spins where wins get doubled in value. The big payouts of the slot reach $100,000 at most.

A fiery Wild Logo is the feature that you’re going to count on to act as a replacement for you. Substituting symbols are useful often enough as ways for you to get combinations formed, but they can also pay you themselves, offering as much as $50,000 in exchange for up to five taking over their own line.

The Devil’s Heart is the other major feature symbol, a scatter that’s going to be useful in two ways. First of all, it grants you a prize that pays up to $20,000, provided that you have up to five visible somewhere in view. The same three or more scatters can get you 10 free spins as well, where wins are all doubled.

If you happen to get the Devil and the She-Devil symbols next to each other, they will trigger and you will be offered a Big Lusty Win.

Devil’s Heart is an OK game, but not a spectacular one. I enjoyed the payouts that were mentioned since they made for good targets to have, and the features are also decent.

Try of out a demo version of Devil’s Heat. 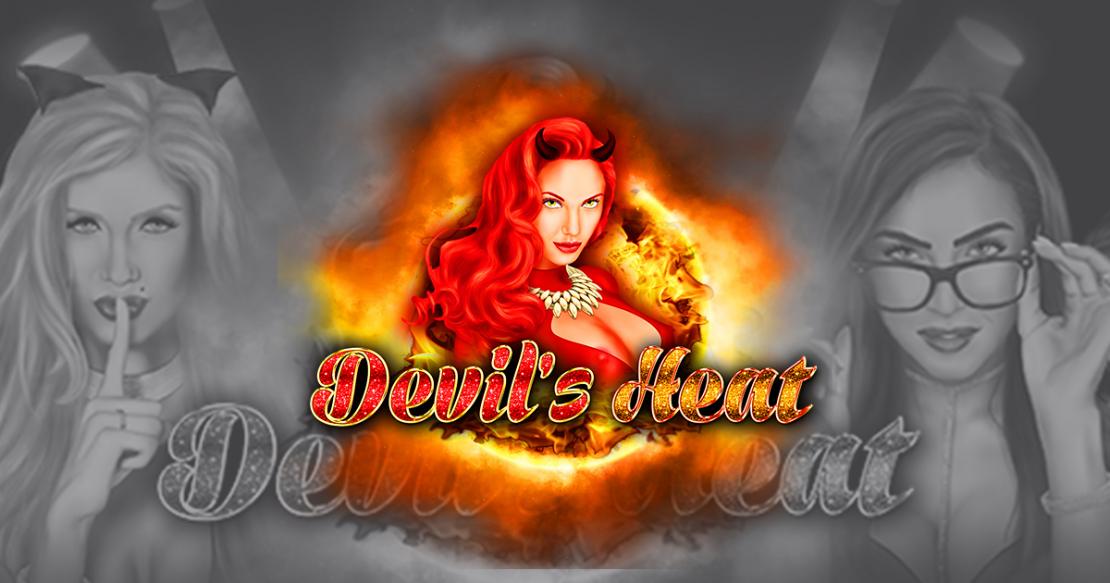