Lucky Easter is an Easter themed game, which is designed by Red Tiger Gaming and launched just before the holiday it is modeled after.

Lucky Easter is a cute looking slot machine, with a modern design, which Red Tiger Gaming has designed just in time for the 2017 Easter holidays. The slot features on its reels various symbols which are egg or bunny themed. One symbol might show you a cupcake with a bunny poking out of it, while another has a chick coming out of an Easter egg, or things like cake and carrots. They did add a number of Easter themed poker cards as well. While the game has regular wild symbols, it doesn’t stop there, and also adds features like the mega symbols, random wild features, free spins and scatters. You’re apparently going after a top prize of $20,000, which is a 800x multiple of the line bet. The game has 20 active lines and 5 reels.

You’re going to discover that the only choice you have in regards to the bets is related to the total amount you’re using. You can have a bet in the range of $0.20 to $500, with the amount per line being between $0.01 and $25.

One of the more common features of the slot is the Wild Egg, which has a small chick that’s coming out of it. Use these wilds to complete other combinations and to get yourself paid this way, or have them form their own wins, in which case you get up to 400 coins.

The Easter Egg Hunt is a bonus game that you trigger with the help of three scattered symbols that have the bunny on them. The feature has an egg with multiple levels, the rewards going to up to 800x if you reach the top.

The slot has its free spins as well, activated with three scatter symbols, same as in many other slots. You get a choice of one egg out of the three displayed, and it will open to reveal how many rounds you’ve won.

The Easter Bunny can appear at random in the game, and it will give you one of the four features it has, including here the Wild Chicks, the Mega Wild Chicks, a Basket Multiplier or the Easter Reels.

Lucky Easter looks like a good game to play whenever you’re near this major holiday, and its design looks good enough that I expect it to stay relevant for many years to come. 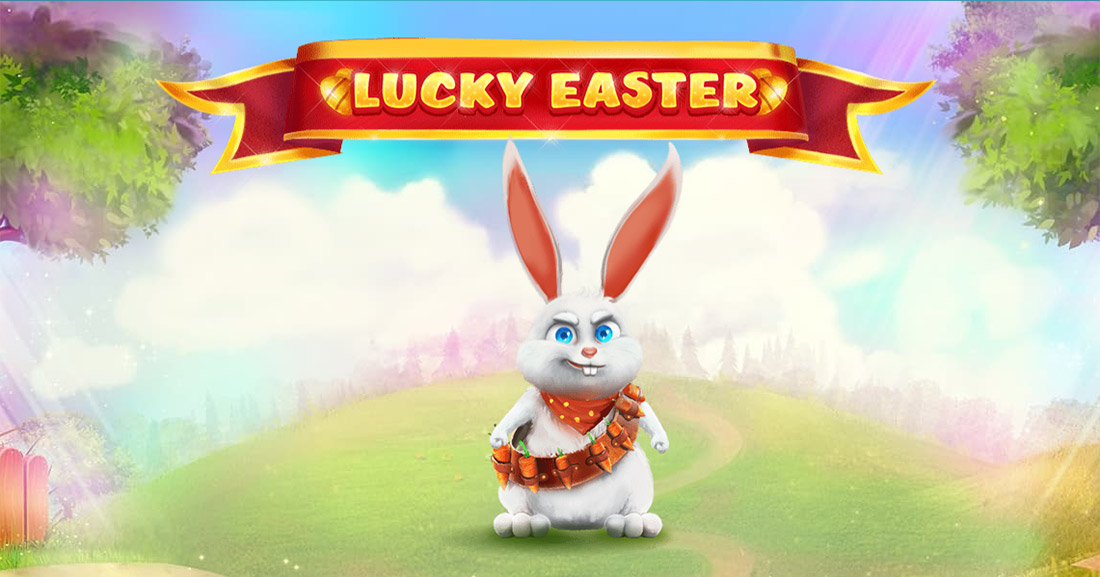