The idea of Monster Munchies seems to revolve around adorable little monsters that love to eat, and it’s a design that comes from Booming Games.

Monster Munchies has been designed with a unique theme, one that revolves around monsters, which in itself is not unusual, but at least they had the unique idea to make them hungry and ready to eat anything. The reels are filled with gummy bears for low paying symbols and with monsters munching on different delicious foods for the others. You have them eating cookies, drinking milkshakes and even enjoying lollipops. You can see once it loads that the game has 5 reels, 25 active lines, and that it gives players a chance to win a top prize of $10,000. As for the available features, both scatter and wild symbols are present, and the former can bring you some free spins. The presence of double symbols is also something that can’t be ignored, as it has a big effect on the gameplay.

Check out the betting options from the bottom left corner of the screen. You have there the number of lines, up to 25 active, and the bet per line, which varies between $0.01 and $2. The slot’s biggest wager can get to a value of $50.

One feature that I’ve seen pop up in various slot machines recently, and which I enjoy quite a bit, is the one where you get both single and double symbols, contributing to combinations. These allow you to cram as many as 10 symbols in a combination formed on just 5 reels. What happens is that you can get versions for the same monsters with one or two present in the image, and they count as one or two symbols. This is only true of the three high paying symbols which have the monsters with the munchies in them. The gummy bear symbols and the feature icons don’t have double versions.

The wild symbol, and the one to give away the jackpot of $10,000, is going to have a simple monster inspired logo as its image. It will appear only in normal versions, and with up to five on a line it can get you paid directly. Even without it forming a combination, you can still use the symbol to form other wins, as long as it lands on the line where it is most needed.

To get into the free spins, you need the Free Spins scatter symbol, present in 3+ positions. It will pay well, up to $5,000.

Monster Munchies looks like a fun game to try out, and a big part of that is the presence of those double symbols, which you just don’t see everywhere.

Try of out a demo version of Monster Munchies. 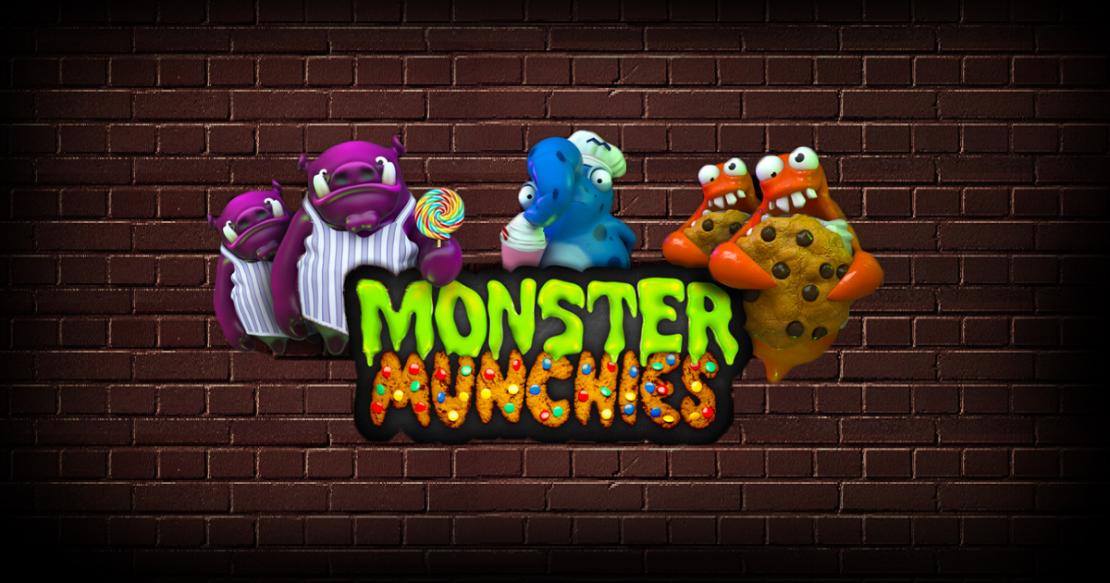