Scarface is a Net Ent slot machine which is themed around the 1983 film that starred Al Pacino and Michelle Pfeiffer.

If you’re a fan of the Scarface film, then you will enjoy seeing this slot machine from Net Ent, which chooses to focus on it and to bring to your screen photos of actors that played in it. The game has a pretty dark look, and more than a few playing cards, but it’s still playable, at least if you just consider the design. The slot has 20 bet lines, and it can pay you up to $10,000.

The symbols in use in Scarface include five of the main characters that appeared in the films, real photos of the actors being used. You will see Al Pacino, along with four others, one of them being Michelle Pfeiffer. It’s not that great of a quality for the design, but it works well enough.

The game gets its 20 lines, like so many slots do these days, but it doesn’t offer you the option to select only some of them. You wager in multiples of 20 coins as a result. The line bet uses up to 10 coins, so with 20 lines active you can spend 200 coins each round. The value of a single coin is anywhere between $0.01 and $0.50, so you can spend at most $100.

One of the symbols used here is a stacked wild, which can replace any other symbol which doesn’t have the same stacked ability. If you get this wild on the 2nd reel, covering it fully, then you activate Nudge Spins. These Nudge Wilds will keep getting nudged down each round, while the rest of the reels will respin for free.

Another stacked wild would be the one with Michelle Pfeiffer on it, which is needed on the 4th reel and appearing fully, in order to trigger its feature. You receive 15 free games from it, with 3x multipliers for the wins.

Tony Montana, played by Al Pacino, will be the one you get stacked on the 3rd reel. If you get it to cover the entire reel, you will receive a bonus game from it, with the final scene from the film. Each kill will bring you a cash prize.

If you get only a partial stacked wild to appear, then it will turn into a Scarface Wild, a regular substitute which can replace any other symbol.

I think you will have no trouble enjoying the game if you were a fan of the film already. If you weren’t, you might find its design a bit dated and dark. 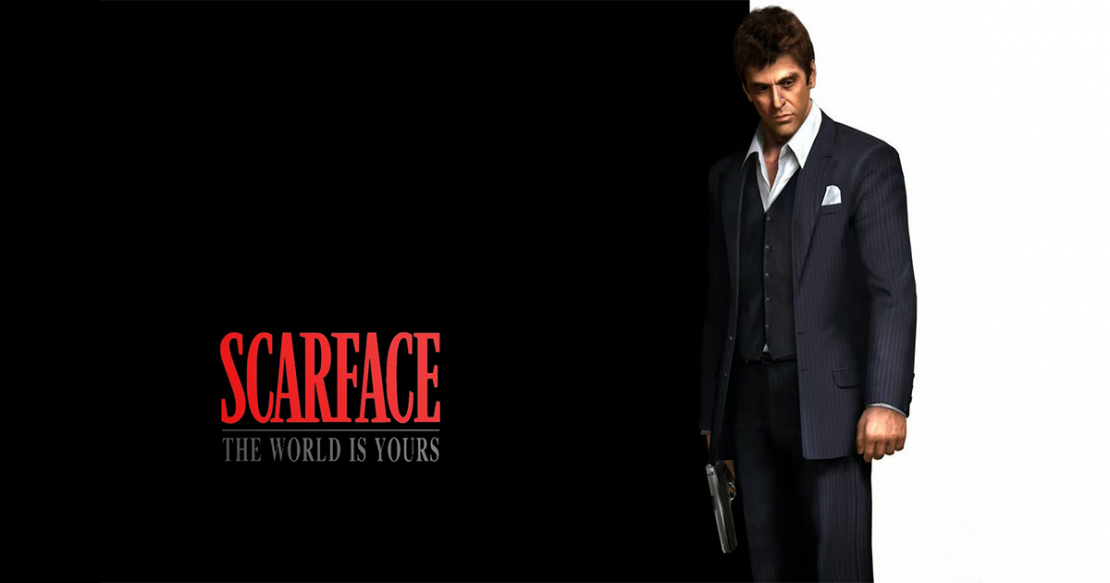