Wild North is a slot machine that’s coming from Play’n GO and which is inspired by the unpopulated regions of North America.

If you check out Wild North, your impression will be that it’s a wildlife and a winter themed game. It takes the action to the forests of North America, in the colder regions of Canada or even Alaska. There are elements in the design that make it look almost Native American inspired, particularly in the playing cards decorations, but the images of the wild animals are in their basic form. You see the Northern Lights in one of the symbols, giving you an idea of the area where the action is taking place. Others have owls, reindeer, bears, wild lynx and wolves. Behind the five reels, what you will see is a lot of snow and a forest covered by it.

There are plenty of chances for you to win the bigger prizes of this slot, some even going up to $18,750, since there are 40 active lines present on its 5 reels. You also have various other means to get paid, from the wild symbol, to scatters, bonus games and bonus features that are decided through a wheel of fortune.

For the game’s full betting range, look at the bottom, where you will discover bets ranging from $0.20 to $50. This is for all 40 active lines.

The Wild Lynx is one of the major symbols that you will want to watch out for. These symbols are usually substitutes, and useful enough in that capacity, but sometimes they form combinations directly as well and end up paying up to $625 (the jackpot, which can be improved with multipliers of up to 30x in certain features).

The scatter with the Northern Lights acts as the bonus game trigger, where a fortune wheel will give you one of seven potential features.

Among those seven features, one is the Great Wilderness, which has 3 free spins and 4×4 mega symbols to show on the last four reels. Wild Lynx has its own 3 free spins, with 1-2 wild reels during each round. Running Reindeer gets only 1 free spin, but its symbol will be stacked on the middle three reels and re-spins can be activated. The Savage Bear free spin will have a multiplier of up to 30x, chosen at random for it. The Wolf Pack has 1 free spin, with four sticky wolves that act as wilds and trigger re-spins. Finally, Eyes of the Owl gets 1 spin as well, with 2×2 symbols appearing sticky on the reels and triggering re-spins.

The feature wheel is the most interesting part of the slot, so getting to it is your target ultimately.

Try of out a demo version of Wild North. 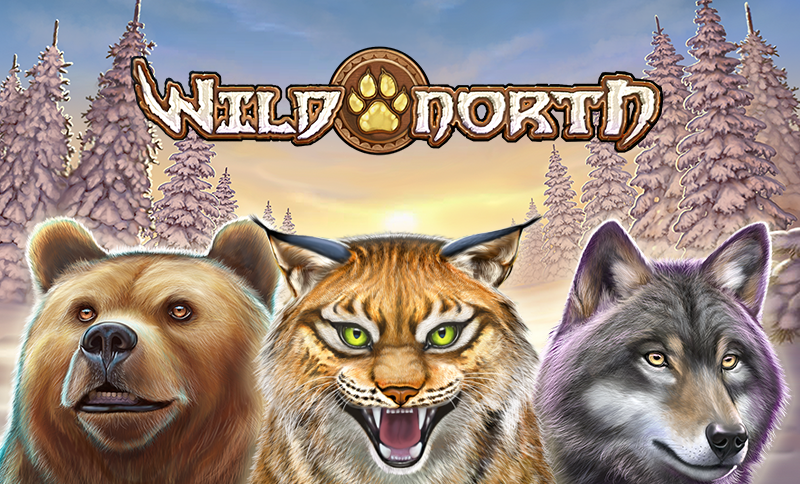